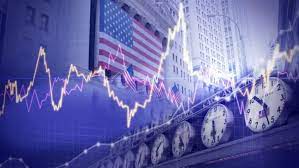 SAFAKNA TURKEY-Stocks 2023 will be a tough year for bullish investors, according to seasoned stock strategist Ed Yardeni.

Yardeni Research founder Ed Yardeni said bullish stock investors will have to walk a very narrow path to declare a win in 2023.

According to Yardeni, the key factor in the narrow path that will allow the stock investor to win will be a faster-than-expected fall in inflation.

Expressing that he also expects inflation to fall faster than market expectations, Yardeni drew attention to declining prices for used cars, rentals and energy, and predicted that headline inflation could be recorded in the United States at 3 to 4 percent by early 2023. . .

In 2022, many strategists made the mistake of buying into the notion that inflation is rising due to temporary factors. With the Fed rapidly raising interest rates amid rising inflation, the S&P 500 has lost more than 20 percent this year and the Nasdaq 100 has lost about 35 percent.

Saying that leading indicators scare everyone, Yardeni said: “If there is a recession, it will be soon. “The markets are afraid of it,” he said.