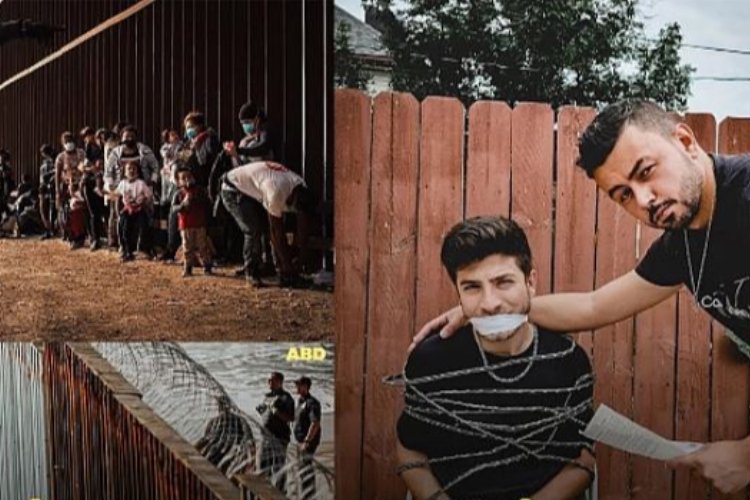 Muhammet TASHCHILAR / USA (IGFA) – The number of refugees crossing the Mexican border into the US has broken a record. The share of Turkish citizens in this record was also quite high.

According to official data from the US Customs and Border Protection Agency, among those who cross the Mexican border into the US, there are citizens of different countries.

Citizens of Latin American countries mostly cross the Mexican border into the US in search of asylum.

According to Can Kamiloglu of the Turkish Voice of America, the number of Turks who came to Mexico from Turkey and fled to the United States has increased to 31,485 people.

Those who move from Mexico to the US as asylum seekers are mostly placed in detention centers in the states of Arizona and Texas after being detained in accordance with the law.

The vast majority of asylum seekers seek asylum in the United States. If the asylum seeker is sponsored by any US citizen, he or she is released within a period of one week to 1.5 months.

Turkish citizens who have crossed the Mexican border into the United States face trial and seek asylum at the last stage, largely because they are discriminated against in Turkey on political grounds, LGBTI or religious preference.