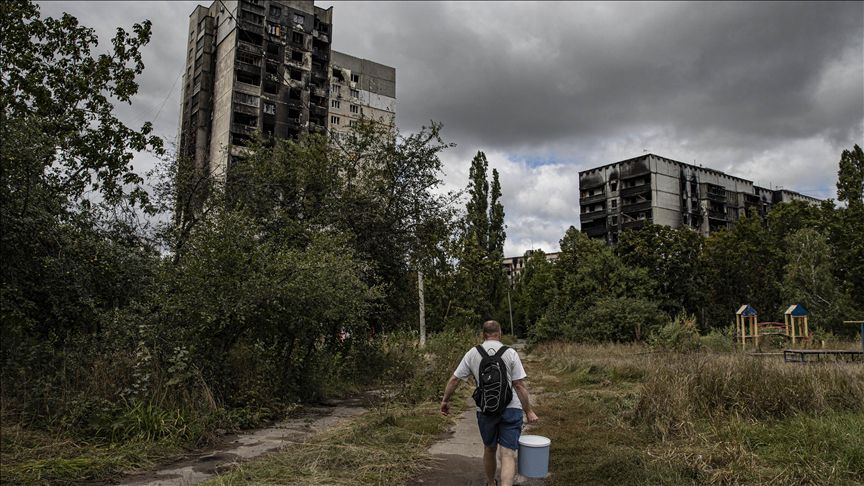 prof. Dr. Ilyas Kemaloglu wrote his assessment of the latest situation of the war in Ukraine.

Permanent goals of Russia and Ukraine

6.5 months ago, maybe he didn’t think that the work could take so long in Moscow. Actually, the same should be said about Ukraine and the whole world. However, with financial and military support from the West, Kyiv continues to resist the Russian army. It is difficult to say with certainty how many soldiers and civilians died on both sides, and how many people were forced to emigrate from Ukraine. Because Russian, Ukrainian and Western sources give different information on this matter. It is a fact that only the losses are in the thousands and the displaced in the millions, and these numbers seem to be gradually increasing. Because until the Russian authorities achieve their goals, such as demilitarization, disarmament and declaring Ukraine neutral, eliminating threats to Donetsk and Lugansk; Ukrainian officials also say they will not sit down at the negotiating table until Russia completely withdraws from Ukrainian territory. It is therefore not clear exactly when peace will be achieved in the region.

In the direction of “Little Russia”?

One gets the impression that Moscow wants to dominate Odessa and reach as far as Transnistria, as well as take control of areas up to the Belarusian-Polish border in the north. Among the scenarios mentioned is the creation of “Little Russia” in the future in some parts of Ukraine (“Little Russia” is the name used for Ukraine since the reign of Catherine II in Tsarist Russia). Whether Russia achieves all of these goals and Ukraine continues to resist depends largely on whether the West continues to help Kyiv. Therefore, Kyiv is trying to get the maximum support from the West, as it has been from the very beginning, and wants to increase sanctions against Russia. Moscow, on the other hand, is looking for new markets to avoid all these sanctions, and is also looking for ways to make the sanctions ineffective. Moreover, Russian officials say they will achieve their ultimate goal, regardless of the amount of Western aid to Ukraine.

“Liberation” of Europe in the field of energy

On the other hand, the attention of the international community is riveted to the results of conflicts, and not to events at the front. Chief among them is undoubtedly the food and energy crisis. In August-September, through the efforts of Turkey, grain in Ukraine was supplied to the international market and continues to be supplied. But this year, land in Ukraine is sown 25 percent less than last year. Although there has been no reduction in sown area in Russia, most grain-producing countries have decided to limit exports in the coming years. Therefore, foreign countries, especially wheat, will face big problems in the coming years.

On the other hand, the energy crisis is likely to happen much earlier, in the coming months. Some countries do not want to pay for gas they buy in rubles, others are looking for alternative sources, some refuse Russian gas under “neighborly pressure” (rejection of Nord Stream 2), and finally, Moscow does not hesitate to lose a buyer, like the EU energy. (The closure of Nord Stream-1, albeit temporarily, etc.) This has some consequences for the EU. Because the EU countries had to save energy and start buying compressed gas, which is much more expensive than in the US. In this context, EU countries will face much greater challenges in the coming months.

In fact, the public backlash is intensifying due to the rise in energy prices due to the aid to Ukraine and the sanctions imposed against Russia. Interestingly, even in the countries of the former Eastern Bloc, which have been provoking the main EU countries against Russia for years, protests are being organized and their governments’ policies towards Russia are criticized. While Hungary was determined to continue relations with Russia, a protest took place in Prague, which was attended by more than 70,000 people. These protests are expected to continue through the winter. Therefore, we can say that the main determining factor on the Russian-Ukrainian front will be the winter months. All this will weaken governments in Europe in the face of opposition. Therefore, Moscow’s policy towards Ukraine, although it provided an influx of new blood into the EU, which is collapsing with NATO incapacitated, on the other hand, gave rise to completely different problems for EU policy.

Looking at the events in and around Ukraine, it is clear that the United States is a very profitable country in all areas. Just as Russia’s focus is entirely on Ukraine, the goal of Western support for Ukraine is actually to weaken Russia as much as possible. On the other hand, the EU is becoming dependent on the US not only in the political and military fields, but also in energy. US pressure has become a reality to reduce the dependence on Russia that they have established on the EU, especially over the past ten years, in the energy sector. However, as this process started without any action being taken, the EU itself suffers greatly.

Although Russia has sold less gas so far, thanks to rising energy prices, it has received more profit, but its financial losses have been large. Billions of dollars worth of Nord Stream pipelines were built in vain. In addition, while increasing exports of gas and oil to countries such as China and India, Moscow sells energy to these countries for much less than the EU.

As for the Russian economy, we can say that Russia suffered less from the sanctions imposed than expected. The first reason for this is the return to Russia of large food and textile companies that have changed their name, and the second reason is the continuation of trade with Russia through third countries. Therefore, it seems that sanctions against Russia do not yet work as well as previous sanctions. However, it cannot be said that this did not affect the Russian economy at all.

Again, although the EU has tried to increase the reaction against the Kremlin in Russia by banning Russian athletes and artists from international organizations, this policy has not produced any results. EU plans to limit the issuance of Schengen visas to Russian citizens these days will also not produce any results.

The diplomatic quest of the Kremlin

Russia is also trying to break through the “political sanctions of the West.” In this regard, the Kremlin directed all its attention to Central Asia, the Middle East, Africa and the Far East in the political and diplomatic sphere. In fact, in the first week of September, with the participation of more than 50 thousand military personnel from 14 countries, including Russia, China and India, a joint exercise called “Vostok-2022” is being held in the Sea. Okhotsk and the Sea of ​​Japan (East Sea).

On the other hand, contrary to expectations, Moscow has not moved closer to China in this process. Since the Kremlin attaches great importance to China’s rival in the region, India, it is also unhappy with China’s policy towards Ukraine and its passive defense policy against the US. It seems that Moscow prefers to develop cooperation with a large number of countries within the framework of such organizations as the SCO, BRICS and the EU. The Vostok 2022 exercises and Turkey’s invitation to the SCO summit are directly linked to the Kremlin’s approach.

It looks like it will take time to establish peace and stability in Ukraine. Moreover, the events in Ukraine are gradually relegated to the background, and their consequences and early consequences are beginning to be overshadowed. The reason for this is that this whole process is also negatively affecting the EU, and European people have to borrow from their own wealth. It looks like the protests in Europe will continue to grow. This, in turn, will force European governments to reconsider their policy towards Ukraine and change the government in many countries.

*Ideas in articles are the property of the authors and may not reflect the editorial policy of Anadolu Agency.