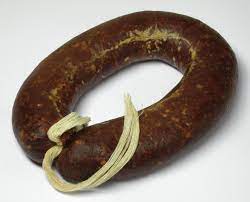 SHAFAQNA TURKEY. After the recent price increase, sausage prices have skyrocketed. Starting from 250 Turkish liras, the prices of sausage have surpassed even meat. While the townspeople were outraged, the producers said that the difference arose due to the money paid to the chain stores for the air.

After increasing costs, prices continue to rise in many areas, from clothing to food. After cheese, sausage overtook meat. Sausage, which is slightly more expensive than regular meat, has now doubled the price of meat.

The meat content is not 100 percent, but it is 100 percent more expensive than meat. The price of diced meat last year was about 70 Turkish liras, this year it ranges from 130 to 150 Turkish liras, taking into account the price increase. The price of sausage last year was around 90 TL, now it starts from 250 TL and is sold at prices like 350, 450.

“FROM THE DIFFERENCE THE ERIONAL MONEY WERE PAYED”

According to Show Haber News, manufacturers of convenience foods that differ from the meat sausages on the label said the difference was due to the air money paid to chain markets.