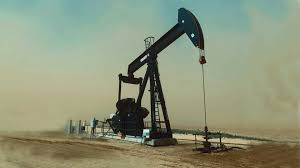 SHAFAQNA TURKEY. Following the European Union (EU), G7 members and Australia have also agreed to apply a maximum price of $60 per barrel to oil transported from Russia by sea.

In a statement by the G7 member countries, indicating that the EU has taken a similar step today, it was stated that a consensus had been reached on the application of a ceiling price of $60 per barrel for oil transported from Russia by sea.

The statement states that the application in question will come into force on 5 December.

In a joint statement, the G7 countries and Australia reaffirmed their determination to phase out Russian-origin crude oil from their markets.

“We reaffirm our intention to gradually remove crude oil and oil products of Russian origin from our domestic markets,” the joint statement said.

EU: The price cap for Russian oil shipped by sea will be regulated.