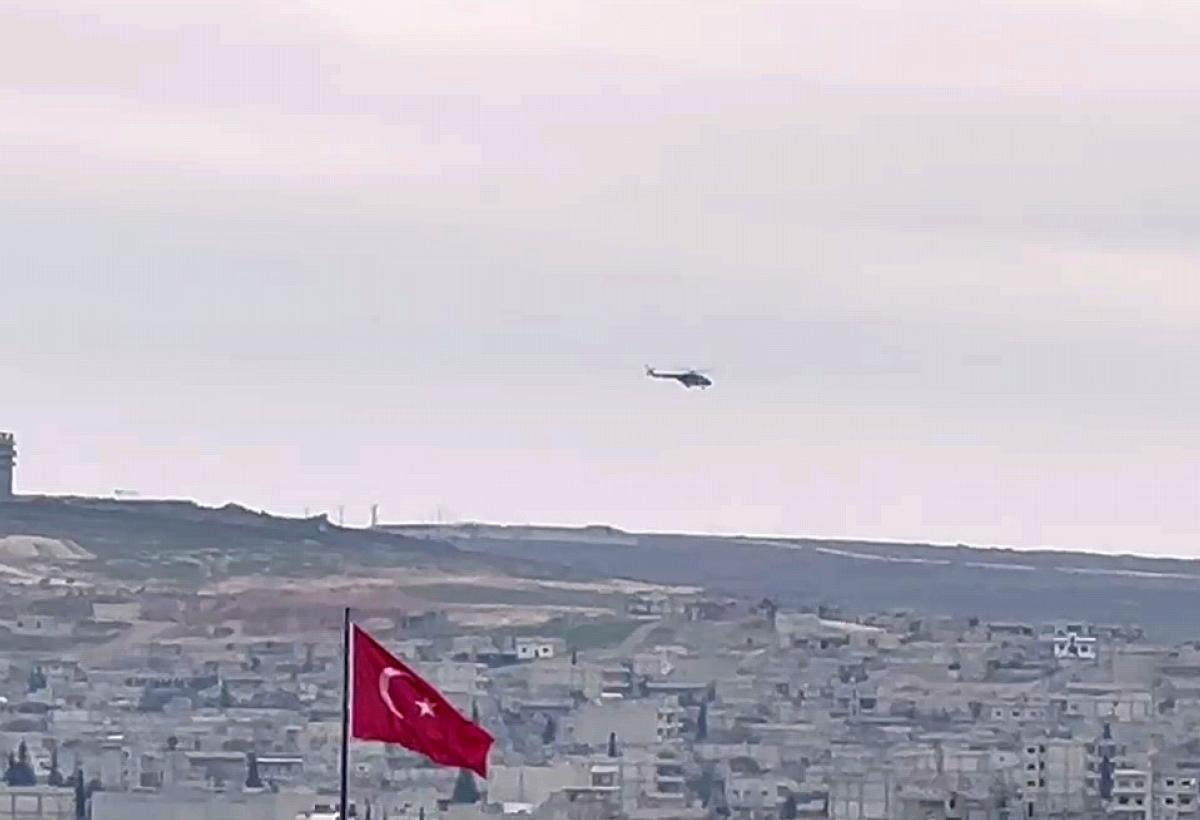 Helicopters believed to belong to Russia were patrolling the Syrian city of Ain al-Arab (Kobani), which is controlled by the PKK-YPG terrorist organization.

Air traffic was observed on the Turkish-Syrian border. Two helicopters, recognized as Russian, made a patrol flight over the city of Ain al-Arab (Kobani), which is under the control of the PKK-YPG terrorist organization, located opposite the Suruc district of Sanlıurfa. Helicopters flying from the east of the city followed the border line and moved west.