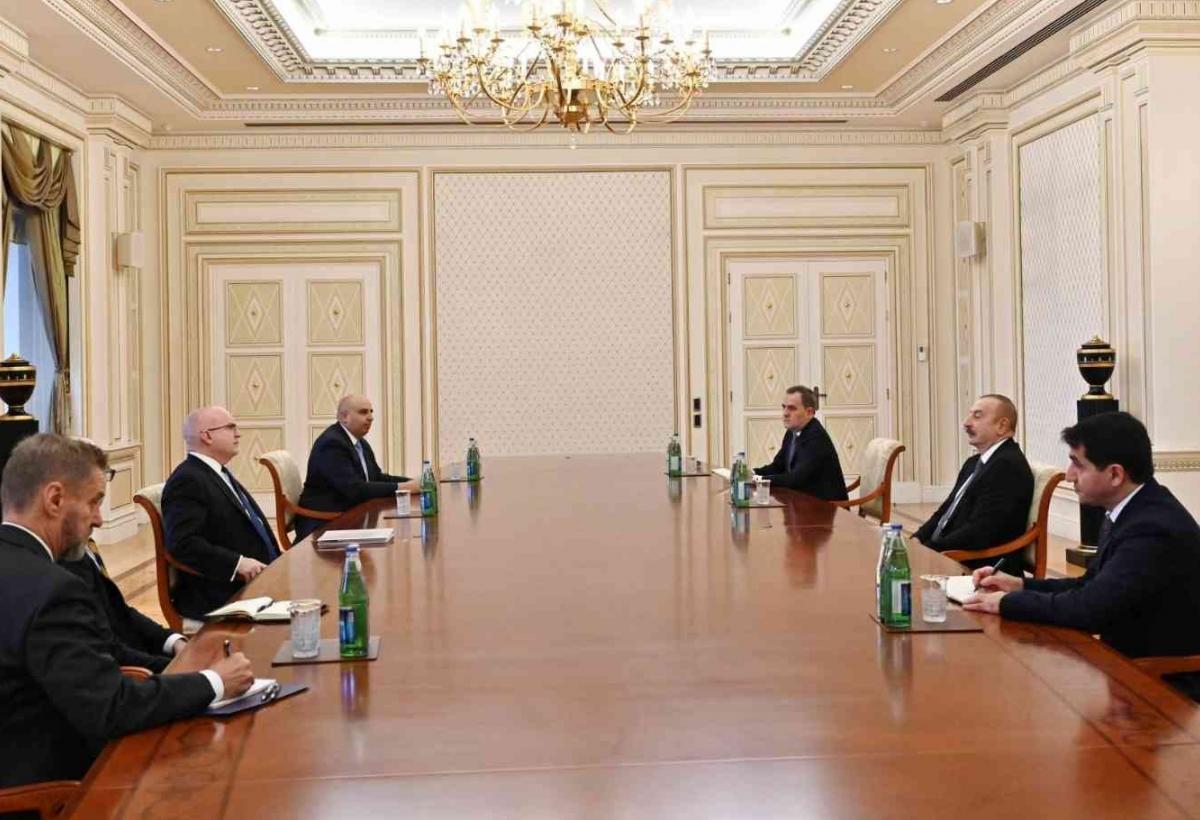 Azerbaijani President Ilham Aliyev has met with US State Department chief adviser on negotiations in the Caucasus Philip Reeker.

Azerbaijani President Ilham Aliyev has received US State Department chief adviser on negotiations in the Caucasus Philip Reeker, who is in Azerbaijan for negotiations. Aliyev thanked Reeker, who conveyed greetings from US Secretary of State Anthony Blinken, and asked him to convey greetings to Blinken.

During the meeting, an exchange of views also took place on the normalization of Armenian-Azerbaijani relations and negotiations on a peace agreement held in Washington at the level of foreign ministers. Aliyev expressed satisfaction with the fact that US Secretary of State Blinken left the issue of normalizing relations between Armenia and Azerbaijan on the agenda.