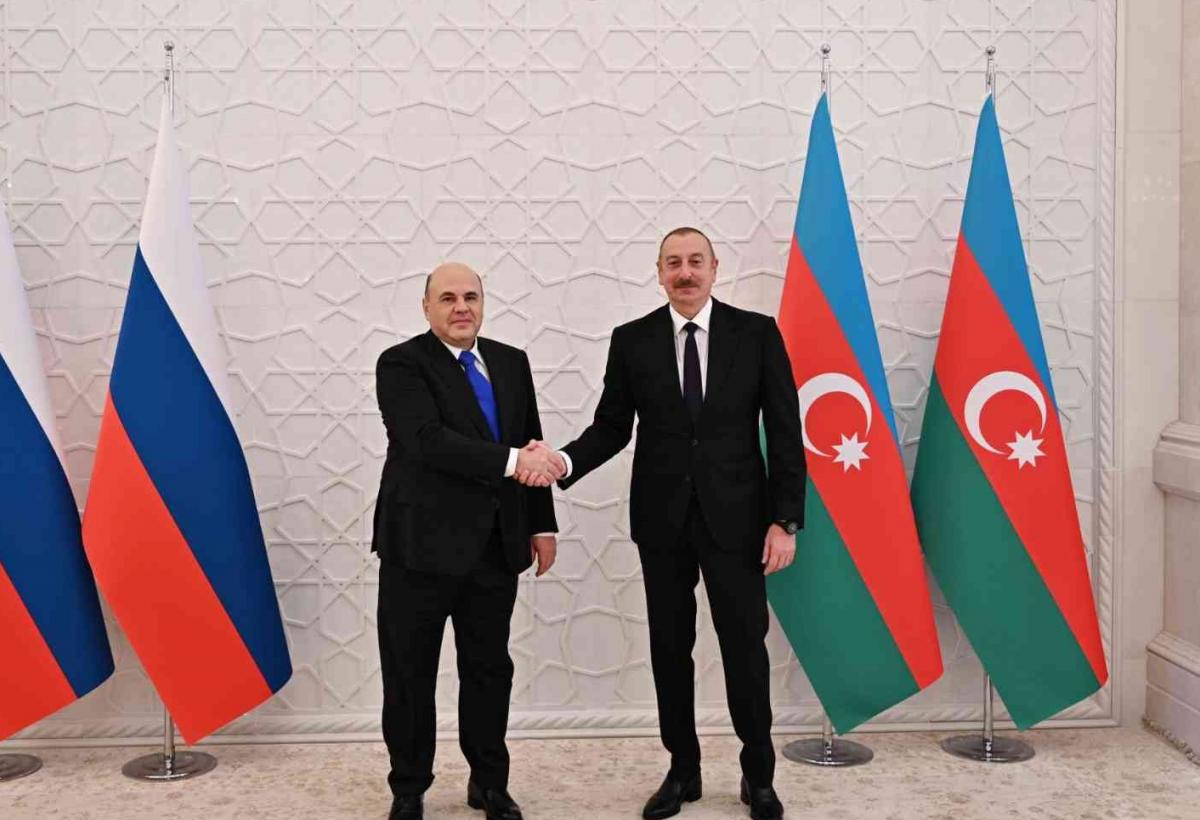 The statement of the Presidium of Azerbaijan says that Aliyev held a meeting with Mishustin with the participation of delegations. Saying he was very happy to host Mishustin in Azerbaijan at the meeting, Aliyev said: “Since the beginning of the year, we have brought good tone and new momentum to our relationship with President Vladimir Putin, and we have met repeatedly throughout the year. Yesterday we had the opportunity to talk on the phone about important issues on the bilateral agenda.

Presidents set the framework for relationships. Of course, all relevant structures are working in this direction. We are very pleased that the volume of mutual trade has reached pre-pandemic levels, and I am sure that this momentum will continue. The negotiations that you will hold during the visit will create conditions for increasing mutual trade potential,” he said.

Noting that good dynamics has been achieved in the volume of cargo transportation between Azerbaijan and Russia, Aliyev said: “As for transit passes, I think that here we are reaching record numbers. There is an increase of about 50-60 percent, and we have high hopes for further growth. We will increase the potential for mutual cooperation on transit and logistics infrastructure, primarily on a bilateral basis and, of course, with the involvement of neighboring countries. Because Russia and Azerbaijan have been actively investing in the transport and logistics infrastructure of our countries for many years. Increasing the potential of transport corridors, especially the North-South corridor, including the creation of additional jobs, will be in the interests of all countries participating in this project.

Noting that they came to Azerbaijan with a large delegation, Russian Prime Minister Mikhail Mishustin said: “Four presidents of our main regions cooperating with Azerbaijan have arrived. Taking this opportunity, I would like to congratulate you on the Day of National Awakening, which was celebrated yesterday in Azerbaijan, and convey the best and most sincere wishes of Russian President Vladimir Putin. We are actively working with the government to implement the decisions taken by our presidents,” he said.

Informing that yesterday they took part in the XI Interregional Forum with the participation of Azerbaijani Prime Minister Ali Asadov, Mishustin said: “All issues on the agenda of bilateral relations were discussed at the forum. First of all, energy, industry, transport, culture and the humanitarian sphere were emphasized. As a result of the negotiations, a number of agreements on the development of cooperation in various fields were signed. The transport sector is a very important, special area. We are confident that joint infrastructure and logistics projects will become a new impetus for expanding the entire range of cooperation. Here I would like to speak separately about the Western route, the North-South International Transport Corridor. We aim to increase the volume of traffic along this corridor to 15 million tons per year by 2030.”

Noting that they attach special importance to cultural and human relations, Mishustin said: “As you said, we are celebrating the 30th anniversary of the establishment of diplomatic relations. A number of solemn events dedicated to this significant event were held. Next year we will celebrate the 100th anniversary of the birth of Heydar Aliyev, your father, a prominent Soviet and Azerbaijani statesman. Branches of the Moscow State University and the First Moscow State Medical University are successfully operating in Azerbaijan. More than 11 thousand students from Azerbaijan study in Russia. Thus, the development of direct relations between people, acquaintance with a rich history, culture and traditions will strengthen our relationship.