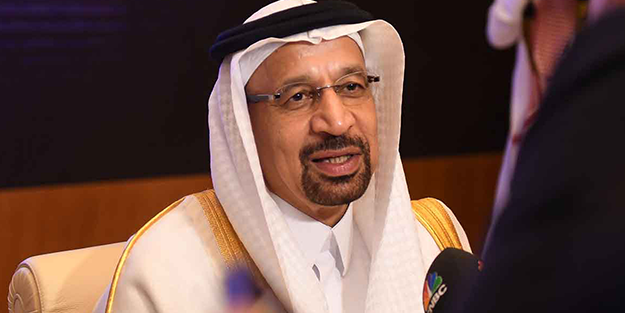 SAFAKNA TURKEY – Saudi Investment Minister Khalid bin Abdulaziz Al Falih said: “We are impressed with the work done by Turkey in the field of manufacturing. Its geographical proximity to the key European markets and its position as a modern manufacturing and trading center on the trade routes are very important.” said.

The Turkish-Saudi business forum and investment forum was held, organized by the Ministry of Treasury and Finance under the organization of the Foreign Economic Relations Council (DEIK).

Speaking at the opening of the forum, Saudi Investment Minister Khalid bin Abdulaziz al-Falih said that 3 years have passed since his last visit and that he has been impressed by the developments in Turkey since he arrived in Istanbul.

Stating that the new airport, which has turned Istanbul into a global hub, is important for the world of tourism and business, Falih said, “We know that investors from Saudi Arabia and the Gulf countries love to come to Istanbul and spend time there.” he said.

Emphasizing that Turkey and Saudi Arabia represent the two largest economies in the region, Falih said, “The two countries are developing growing and developing investment ties. We are very pleased with the investments and contributions of Turkish companies. In recent years, many contractors have contributed to infrastructure construction in Saudi Arabia.” he said.

Explaining that the leaders of the two countries witnessed a growing sense of brotherhood during their visits, Falih said that the meetings between the two great nations have strengthened the foundations of a long-term partnership.

“We need to make up for lost time”

Falih stated that today’s forum will be essential to create a forward looking roadmap and said: “We have to catch up. After Covid, we feel motivated to improve and accelerate our joint activities here.” said.

“We are impressed with the work done by Turkey in the field of production. Its geographical proximity to the key markets of Europe and its position as a modern manufacturing and commercial center on the trade routes are of great importance. Saudi Arabia is also trying to capitalize on global energy chains at the crossroads of three continents by investing in infrastructure. By taking advantage of these benefits, we can strengthen our economic resilience by collaborating on energy, technology and capital, and at the same time, we can strengthen it through Turkey’s important contribution to our international partners.”

Falih stressed that they observed different needs and opportunities in the automotive, mining, aerospace and defense industries.

Highlighting the activities of the two countries in the construction sector, Falih said, “The construction sector in Saudi Arabia also offers unprecedented opportunities to our friends in Turkey. In the period up to 2030, it is planned to develop a project worth more than $ 1 trillion. This, of course, is more than half of the construction industry in the Gulf countries. There is great potential for the future in the context of the sustainable city example. We would like to see participation from Turkey as well. We expect this not only in construction, but also in technology and innovation.” he said.

Falih stated that, as Saudi Arabia, they want to advance in the field of hotel management and tourism in the tourism sector, and that they are looking for new partners and want to reach the goal of 100 million visitors.

Expressing that they want to become a global health and welfare center, Falih said Turkey has areas of expansion in the Saudi Arabian pharmaceutical market.

Falih stressed that both sides must be bold about investment and said they will do their best to pave the way for investment.