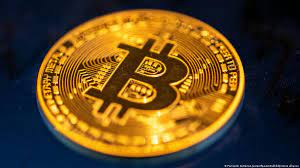 SHAFAQNA TURKEY – The crypto asset market is going through a difficult period due to the influence of companies in distress.

Another company was said to be on its way to bankruptcy before the dust of the noisy FTX bankruptcy process settled. Digital asset brokerage Genesis, which suspended withdrawals following the events on FTX, was said to have warned it would go bankrupt without funding.

Sources told Bloomberg that the company is seeking new funding for its lending arm and has warned potential investors that it will file for bankruptcy if those efforts fail.

Sources say the company is seeking $1 billion in funding. It has been stated that the company has so far not been successful in this search for funds, and Binance, the whale of the industry, has knocked on its door in an unsuccessful attempt.

Genesis, which had $175 million in FTX, stopped filming as of November 10th.

In response to questions from Bloomberg, a Genesis spokesperson said they do not plan to file for bankruptcy immediately.

He came to the fore after FTX

The company paused filming with the advent of the FTX crisis, further heightening concerns in the market.

Withdrawal requests have exceeded available liquidity at Genesis Global Capital, the firm’s lending arm, according to Derar Islim, acting CEO. Islim said Genesis has hired consultants to explore all possible options, including raising new funding, and will present a plan for the loan business.

The current situation will only affect the lending business, according to Islim, who said Genesis spot trading, derivatives trading and custody services “remain fully operational.”