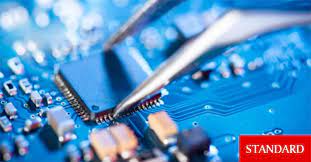 SHAFAQNA TURKEY – Apple is preparing to supply chips for its devices from a plant under construction in Arizona, USA.

Apple is preparing to buy chips for its devices at a factory under construction in Arizona in the US, Bloomberg News reported on Tuesday.

Citing statements by CEO Tim Cook at an internal meeting with local engineers and retailers in Germany, the report said the company could also expand chip shipments from factories in Europe.

According to the report, Cook was referring to the Arizona plant, which is likely to be operated by Taiwan Semiconductor Manufacturing, the world’s largest contract chipmaker and a key supplier to Apple.

Last year, TSMC announced that it had begun building a factory in Arizona, where it plans to spend $12 billion to build a computer chip manufacturing plant, and also plans to start manufacturing chips using 5nm manufacturing technology in 2024.

Earlier this month, TSMC also said it was building what could be a second chip plant in Arizona.

The United States has been encouraging foreign technology firms to manufacture in the country, and local research, development, and manufacturing has been actively supported since the passage of the Chip Act.