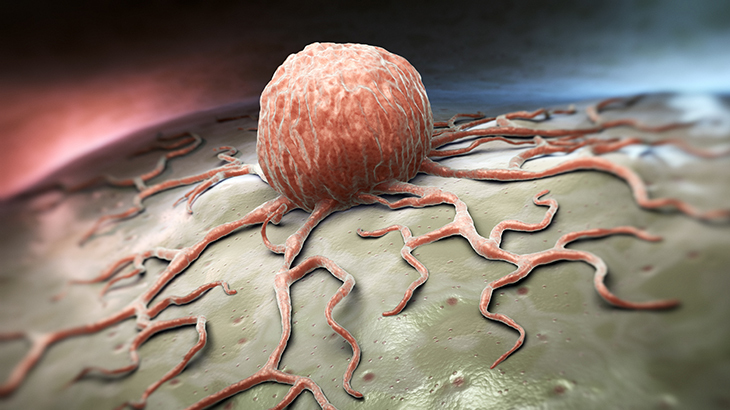 SAFAKNA TURKEY – Cancer is the second most common cause of death after cardiovascular disease. Bold lines emphasize the importance of early diagnosis in the fight against the disease.

Symptoms such as unusual swelling, persistent coughing and headaches are warning signs of cancer that doctors advise us to pay attention to. In addition to these symptoms, which almost everyone knows, there are such signals from our body that most people do not even think of suspecting a tumor. Floating stools in the toilet bowl, excessive sweating, and auditory hallucinations are some of the symptoms that point to a tumor.

Carys Betts, co-director of Cancer Research, the world’s largest independent cancer research organization, recently told the Daily Mail that there are over 200 types of cancer with many different possible symptoms. “It is impossible to know everyone. Therefore, if you notice something abnormal or does not go away, see a doctor. It’s probably not cancer. But if it’s cancer, early detection means treatment is more likely to be successful.” said.

According to global cancer statistics, in 2020, 19.3 million people worldwide were diagnosed with cancer and 10 million people died from cancer. The most common types were skin, breast, lung, colorectal (colon and rectum), prostate, and stomach cancers. By 2040, the number of cancer patients is expected to reach 28.4 million.

So, what unusual symptoms indicate which cancer?

specialists in the field of medical oncology prof. Dr. Kerem Okutur and Assoc. Dr. Ozge Gumusai we spoke with

Floating foot may be a stimulant for pancreatic cancer

While it may seem like an odd connection, floating stools can be an early warning sign of pancreatic cancer.

Gümüşay said pancreatic cancer is an insidious type of cancer and that in most cases it can be diagnosed once the disease has progressed. Gumusay said: it manifests itself with symptoms such as darkening of the color of urine. However, if the tumor blocks the pancreatic duct, the pancreatic enzymes responsible for digestion cannot reach the small intestine and food absorption cannot be fully achieved. Diarrhea can also occur when digestion is not complete. Thus, high-fat stools can float on water, become sticky, and lighten in color.” and emphasized that these symptoms can appear in a variety of situations:

Floating stools can occur in people who consume high fiber foods, certain infections of the digestive system, malabsorption, cystic fibrosis, celiac disease, irritable bowel syndrome, liver disease, biliary tract disease, gallstones, and small intestine disease. For this reason, if there are only complaints of loose stools, although you should not immediately suspect cancer, you should consult a specialist.”

Brain tumor may be associated with psychiatric disorders

Hearing random voices, and sometimes thinking that he is hearing real voices, is often described as a symptom of mental illness. But it can also be a sign of cancer.

Gümüşay stated that patients with brain tumors often turn to specialists with headaches, epileptic seizures, vomiting, fatigue, absent-mindedness, loss of strength in some parts of the body, problems with balance, problems with vision and speech. However, it is rare for patients with brain tumors to have mental symptoms, such as auditory hallucinations, without any other symptoms.

Paying attention to the color and shape of nails can save a life. Changes found in the nail can be a sign of many diseases, as well as a symptom of cancer.

Gumusay said the most common cancer found in the nails is a type of skin cancer called malignant melanoma.Of all melanomas, this location under the nails is quite rare, accounting for less than 1% of melanomas. However, early diagnosis of nail melanoma is important because, as it progresses, it can spread to other sites and be fatal. Unlike others, this type of melanoma occurs without exposure to sunlight, and the true cause is unknown. These are brown-black lesions that often develop under the big toenail. If black, brown, or blue discoloration or streaks appear under the nail, see a dermatologist and examine these lesions if cancer is suspected.” he said.

IMBALANCE IS NORMAL FOR THE ELDERLY, BUT…

Falling things, losing balance, and being a little clumsy are often associated with dementia, but can also be a symptom of cancer.

Emphasizing that conditions such as imbalance are described as abnormal, Okutur said: “These symptoms can be caused by many diseases, from anemia to brain tumors. While this seems normal over time, especially in the elderly, this is the wrong approach. In people who have never had any complaints before, with brain tumors, new imbalances and accompanying symptoms such as dizziness and nausea must necessarily come to mind.

Gümüşay, on the other hand, stated that it is difficult for patients with brain tumors, especially those located in the cerebellum, to maintain balance, and said that some details are important in understanding what disease is causing the symptom:

“While these complaints, which occur with dementia or aging, develop over a long period of time, the symptoms associated with brain tumors appear in a shorter time. Disbalance and loss of balance is a symptom that can be observed in brain tumors, and this complaint is often accompanied by additional symptoms such as headache, altered consciousness, epileptic seizures, visual impairment, speech disturbance, loss of strength, nausea. vomiting depending on the size and location of the tumor. 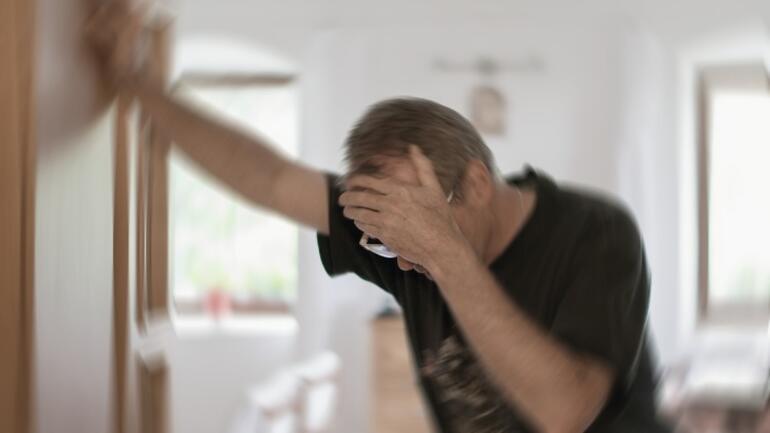 There are many reasons why we give up hobbies, whether it’s playing a musical instrument or being on a sports team. However, a sudden loss of interest in a favorite hobby is not considered the norm and may be a sign of cancer, experts say.

For example, having worked for many years in the field of health psychology, Dr. In a study done by Suzanne Scott, brain cancer patients reported that they were less interested in activities and that they didn’t care about their relationships, work, and hobbies.

Gümüşay said that patients show different symptoms depending on the lobe of the brain in which the brain tumor is located.Tumors located in the frontal lobe of the brain, which we call the frontal lobe, can cause personality changes and this can naturally affect patients’ social relationships with their family and friends. Again, depending on the location of the tumor, you may notice that the person is unable to play the musical instrument they could play before, or that they are less interested in what they love to do.. However, when a person comes to us complaining that “my favorite hobbies no longer interest me,” when he has no other complaints, the first disease to consider is not a brain tumor. First of all, you should find out if these patients have diseases such as depression, psychosis and Parkinson’s disease.

SHOULD BE SUSPECTED IF THE SWEATER IS CONTINUOUS

It is normal to sweat profusely in hot weather, while exercising, or when you are sick. But if you wake up in a puddle of almost your own sweat, it could be a sign of many conditions, including hyperthyroidism, low blood sugar, menopause, or anxiety. However, cancer research experts say that heavy sweating can be a sign of lymphoma, carcinoid tumors, leukemia, mesothelioma, bone cancer, and even liver cancer.

Emphasizing that sweating is a physiological sign and that all people sweat, Okutur said:When sweating occurs in the absence of a factor capable of causing sweating, and becomes continuous, it should be considered that it is caused by a disease. Sweating in the cancers listed above is caused by certain molecules that are released by tumor cells into the bloodstream and cause sweating. A feature of sweating in lymphoma is that it intensifies at night and is intense even in cool weather. So sweating can be a sign of cancer. If the process of sweating is accompanied by symptoms such as weight loss, loss of appetite, weakness and fever, you should consult a specialist. 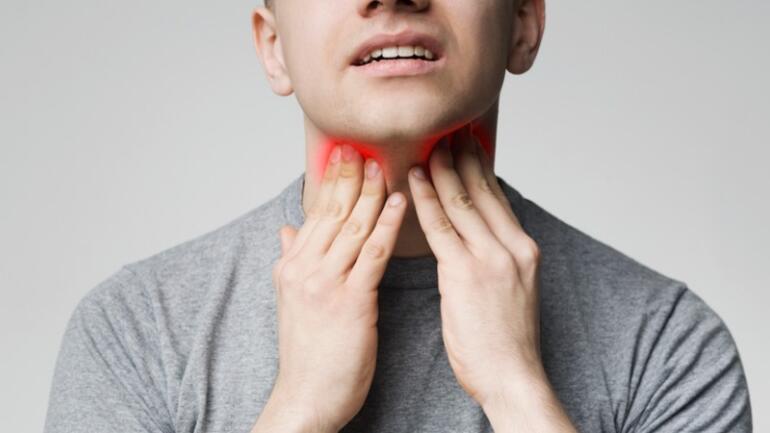 WITHOUT CANCER WITHOUT SPECIFIC SYMPTOMS

Emphasizing that there are many types of cancer and many symptoms, Okutur said, “However, most of these symptoms are not specific to cancer. In any case, there is no specific symptom that we could call cancer-specific. So the most important thing is to have body awareness. Each person’s own body has unique reactions, and they need to be known. When something is wrong, of course, the healthiest way is to see a doctor,” he warned.