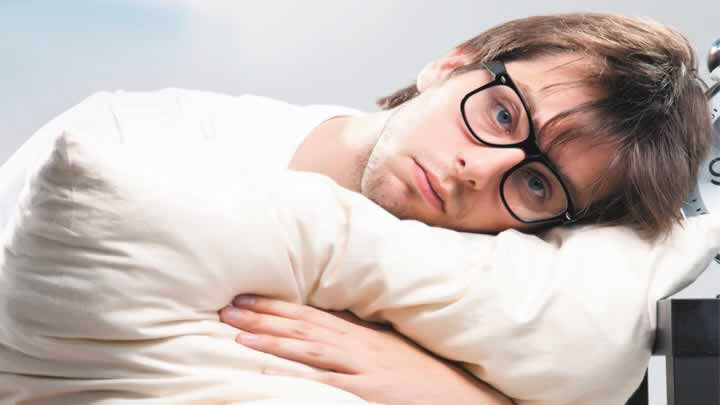 SHAFAKNA TURKEY. Waking up early in the morning for many people is perceived as torture. Insomnia and poor health when waking up early affect the entire body. Some morning health concerns are often overlooked. However, these problems can hide various diseases. Here are the factors that cause morning sickness.

It is known that pregnant women usually experience morning sickness. However, many people in society ignore this problem, even if they feel sick in the morning. Morning sickness can be a sign of a serious illness. Janice Johnston lists some of the things that can cause morning sickness.

Sleep cycle disruption due to insomnia, sleep apnea, or staying up late can affect the digestive system, causing nausea while awake. “It can cause stomach discomfort when you wake up in the morning,” Johnston says.

In sleep apnea, temporary suffocation may occur during sleep, lasting several seconds. During this suffocation, the level of oxygen in the blood drops, allowing the brain to wake up. The brain wakes up the body so that the respiratory functions stop.

Lack of sleep will also disrupt the circadian rhythm (biological clock). When this rhythm is disrupted, it can lead to various disorders and problems, including mental disorders such as Alzheimer’s disease, weight gain, and depression. This is because all the hormones in the body need to be in a balanced state. There are hormones that control appetite and cause sleepiness, such as melatonin and ghrelin.

Thus, eating or sleeping at odd hours can have many consequences. Going to bed tired and waking up frightened can also cause your nervous system to become agitated quickly, causing you to feel nauseous.

Low blood sugar can cause you to lose energy and feel weak. Johnston explains that low blood sugar can be caused by an unbalanced diet that lacks fiber and complex carbohydrates, or by skipping meals. “If you wake up feeling nauseous, it could be because you missed dinner or didn’t eat enough the night before,” says Johnston. To overcome this, it is recommended to eat something like a light snack or breakfast until the symptoms disappear.

Morning sickness can also be caused by diet. For example, eating large amounts of fatty foods before bed causes acid reflux. As a result, stomach acid can travel up the esophagus and cause heartburn and stomach pain.

Lack of water can also cause you to wake up feeling nauseous. If you don’t drink enough fluids the night before and also don’t drink all night while you sleep, your body will become dehydrated. It can be aggravated by drinking alcohol. If this is the reason, drinking water will quickly relieve nausea.

Anxiety can cause nausea because the intestines and gastrointestinal tract are intimately connected to the central nervous system and brain. The systems communicate with each other so that when one of them is affected, the others know about it.

Certain hormones are released when you feel a lot of stress or anxiety. As soon as the hormone enters the digestive system, it will immediately act and cause pain in the abdomen. However, if anxiety continues to affect daily life, it may indicate an anxiety disorder and should be treated by a professional.

Surprisingly, a stuffy nose can also be a cause of morning sickness. A stuffy nose or sinuses can put pressure on the inner ear, causing stomach pain and nausea. To overcome this, it is recommended to breathe fresh air, drink mint tea or ginger drink and snack.