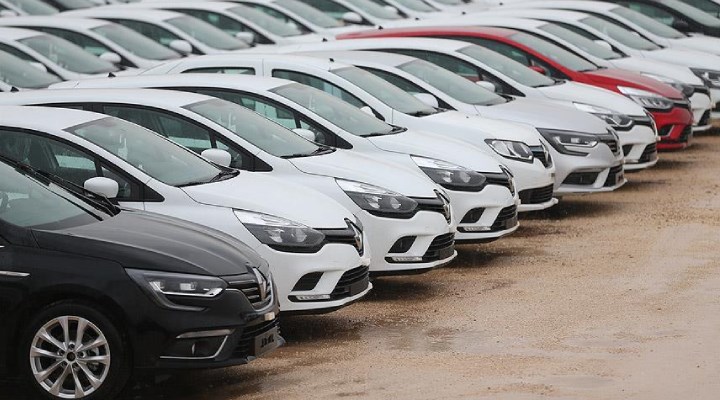 SAFAKNA TURKEY – Finance and Treasury Minister Nureddin Nebati said in a recent statement that the SCT rates for cars will not change, but the SCT base will be updated.

Thus, for vehicles that fall into the lower tax base, a 10-20 percent reduction in SCT will be made. Prices for models that are not subject to the regulation of the tax base, which comes into force on December 1, will not change.

How will prices change in the SCT tax regulation?

After the government announced that it would increase the tax base for car taxes, it is curious how this decision will affect car prices. Depending on the rate of increase in the tax base and the car model, a discount from 50 to 100 thousand Turkish liras is on the agenda.

For vehicles up to 1600 cm3, an SCT rate of 45 percent applies for vehicles with a tax base not exceeding TL 120,000. According to the regulation, if the amount here is increased from 120 thousand TL to 200 thousand TL, the prices will change accordingly.

In this case, vehicles that are currently in the 70% SCT segment will fall into the 45% SCT segment.
With a settlement of 70 percent, the price of a vehicle whose current price is 400,000 Turkish Lira will be reduced to 342,200 Turkish Lira after SCT regulation.

Let’s look at the prices of some of Turkey’s top selling cars before and after the SCT regulation:

Chairman of OYDER assessed the structure of the tax base

Altug Ercis, president of the Association of Authorized Automobile Dealers (OYDER), has recently made several announcements about adjusting the tax base.

Ercis appreciated the meeting they had with Minister Nureddin Nebati and thanked him for his efforts as he appreciated his concerns.

ercis, “First of all, we conveyed our request that the database update, which has not been done since January, be carried out as soon as possible. We also spoke to our Minister Nureddin Nebati about the difficulties consumers face in getting a car loan and shared our industry concerns.

They stated that they knew that updating the base had become a necessity, that a study was being carried out on this issue and that the issue would be resolved shortly. In addition, they said they would continue to work on other issues and take steps to unload the industry.

We would like to thank our Minister for his positive assessment of our problems, his keen interest in our sector and his efforts to find immediate solutions to our problems.” used phrases.

SCT Statement from the President of IMAS

Hayrettin Ertemel, President of the Istanbul Automobile Dealers Association (IMAS), “Base regulation and SCT reduction are not the same thing. The base, which was 3 levels last year, has been increased to 5 levels. The goal here was to provide the end consumer with access to affordable cars.

Due to the increase in vehicle prices, vehicles with the lowest tax base are no longer considered in this segment. With the new application, vehicles in the lowest segment will be reintroduced into the zone.

“Does not affect the used car market”

Reflection is not so much in used cars. This is our opinion as it won’t cover too many models. The speculation around SCT is having a negative impact on our industry.

For cars with an engine capacity of less than 1.6, a discount applies. We expect new car prices to rise after the start of the year. The basic arrangement will create a discount for lower segment vehicles. Access to these tools has been difficult due to rising prices.” he said.

Car prices have been on the rise lately and it is getting more and more difficult to buy new cars.

Citizens are waiting for the change in the ETD, which will come into force on December 1, in order to buy cars cheaper.

An increase made before the adoption of the SCT rules is annoying
As a result of the increase in parts prices and the exchange rate, brands continue to grow one by one. Moreover, some brands raised car prices for the second time in November.

For example, the starting price of the Fiat Egea Sedan, one of the best-selling car models in Turkey, rose to 395,900 Turkish Lira and then to 402,900 Turkish Lira in November. Renault and Dacia also raised prices twice in the first half of November.

According to information from brand representatives, prices for parts will continue to rise in the coming period. As such, the SCT tax update, which is expected to come into effect on December 1, could be overshadowed by higher prices.