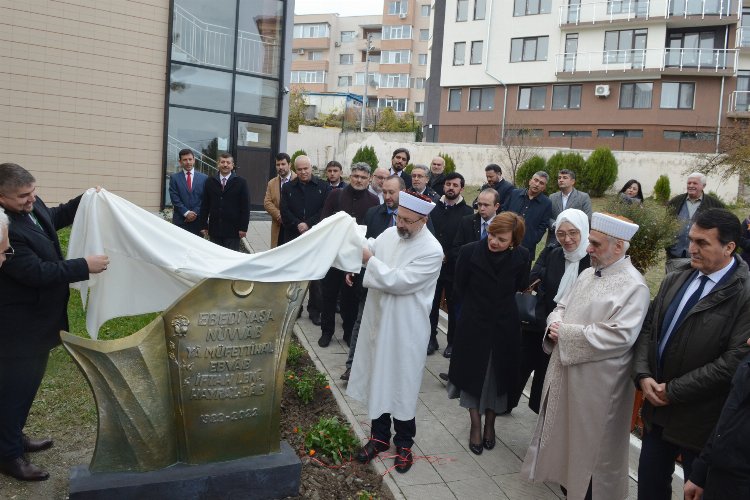 BURSA (IGFA) – The municipality of Osmangazi, which has organized many social and cultural events and revived the historical heritage to strengthen its relations with compatriots in the Balkans, finally, the historical high school of Imam Hatip Shumen in Shumen, Bulgaria, the garden of the Nuvvab school, the students of the school, basketball, He built a beautiful sports a playground where you can practice various sports such as tennis and volleyball.

Emphasizing that the Shumen Nuvvab Madrasah is an important educational center for the Balkan Turks and the Islamic world, President Dündar wished that this garden, where students can comfortably play sports, be beneficial. President Dündar, speaking about the work done at the historical school, noted that the field was raised along with the pour, and after the asphalt was laid, the floor was covered with acrylic paint suitable for volleyball courts.

Meanwhile, Turkish Ambassador to Sofia Aylin Eytkök thanked Osmangazi Mayor Mustafa Dündar for his services. Ambassador Aitcock said: “Last year we celebrated the Night of Power with our President Mustafa Dundar who is the biggest supporter of our embassy and the Turkish Muslim minority along with our citizens. That night, we received a request from our president, Mustafa, and our president used all his means to create a beautiful park and sports ground. I would like to thank our president Mustafa Dündar and his team for doing us a good service in connection with the 100th anniversary of our school Nüvvâb.”

Erbas, who watched the basketball throws of the students, thanked President Dundar for his contribution to the development of the school. Having visited the historical school as part of the program, prof. Dr. While Erbash and his entourage received information from the authorities about the area where the documents and correspondence about the history of the Niuvwab Imam Hatip high school are located, they entered the classroom, sat down and chatted.

Meanwhile, the students attending the Symposium dedicated to the 100th anniversary of Madresetyun Nyuvvab, organized under the name “International scientific meeting: Centuries-old science and knowledge: Nyuvvab” at the Shumen theater as part of the Bulgarian program, were accompanied by the Deputy Minister of National Education Nazif Yilmaz with a school bag and briefcase various gifts were also presented. 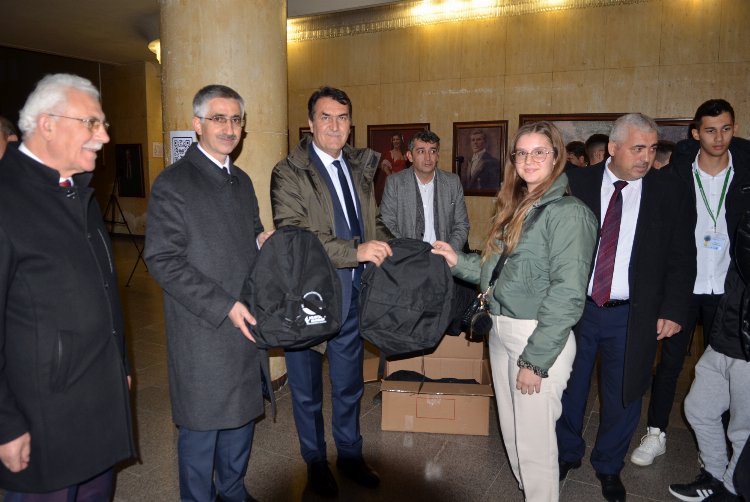