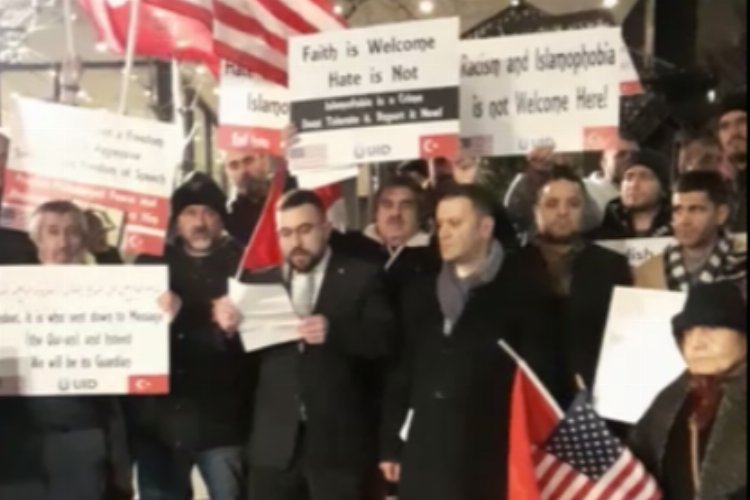 Members of the Turkish community, as well as representatives of other ethnic communities living in the region, participated in the organization of the International Union of Democrats (IDD) USA as a regional chairmanship.

The group that came to the Consulate General of Sweden read out press releases in Turkish and English.

US UID President Levent Ali Yildiz, who began his speech with the slogan “No to hate, but to peace and brotherhood”, stated: “A racist politician with dual citizenship of Sweden and Denmark burned our holy book, the Holy Quran, and threatened against Muslims for several minutes . This is vandalism that cannot be explained by freedom of speech, and this is an obvious hate crime. But we will not be silent and afraid when our scriptures and faith are attacked. We have shown the same response to hate crimes against other faiths,” he said.

After the announcement, the group handed out a press release with carnations to passers-by in front of the Swedish consulate.