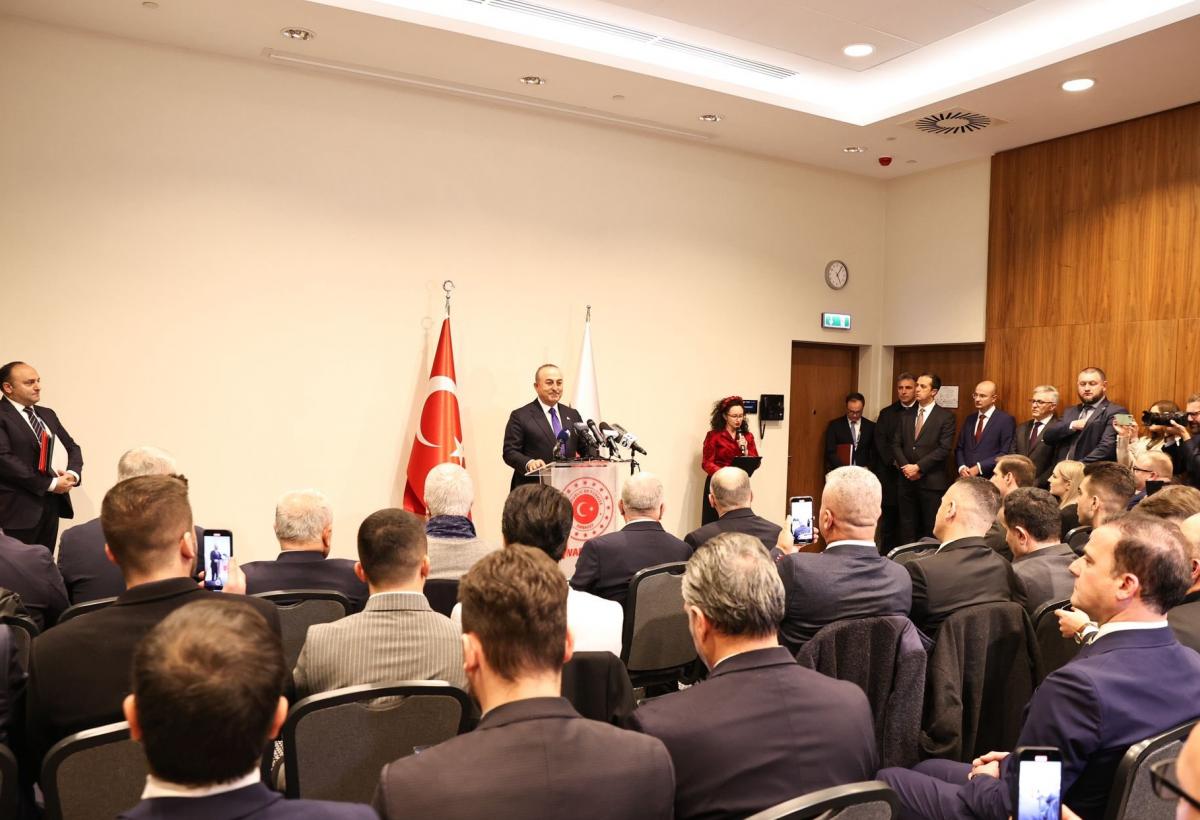 Minister Cavusoglu, who arrived in Lodz, Poland to participate in the OSCE Ministerial Council and the opening of the Honorary Consulate General of Turkey, met with OSCE Secretary General Helga Schmid and Azerbaijani Foreign Minister Jeyhun Bayramov. Speaking on his social media account, Minister Cavusoglu said that Turkey’s peace and mediation efforts in Ukraine and regional developments were discussed with OSCE Secretary General Schmid.

Minister Cavusoglu, who later opened the Honorary Consulate General of Turkey, stated in his speech at the opening ceremony that the Łódź office is the 4th Turkish Consulate General in Poland and that the 5th will soon open in Gdansk. continues. The whole world is feeling the consequences of this war, but the countries of the region, such as Turkey and Poland, are suffering the most. I would like to thank Poland to you for the role they have played and the responsibility they have assumed in this process. In addition, I think that all of Europe is indebted to Poland for taking on many obligations, including the burden of refugees. Taking this opportunity, I want to once again express my condolences to my dear friend (Polish Foreign Minister) Zbigniew, the Polish government and people in connection with the death of people as a result of a rocket falling on the border.”

Recalling that Turkish-Polish relations date back 6 centuries, Cavusoglu said: “Our diplomatic relations are among the longest and most continuous in the history of Europe and the world. Under the Treaty of Friendship, which we signed on July 23, 1923, Poland was one of the first countries to recognize the Republic of Turkey. Our relations are progressing and developing in all areas. In the near future, we will further deepen our cooperation by elevating our relationship to the level of a high-level Strategic Cooperation Council.”

“Our trade topped $7.3 billion in September and we hope to reach $10 billion this year. As of September, we received 1.1 million Polish tourists in our country. We believe that this number will increase even more in the coming years, and we need to increase the number of flights. About 25 thousand Turks live in Poland. Today we are gathered together with some of our friends representing the community. They are very happy living here. More than 5 thousand students study here. Poland is one of the most popular destinations among students. We have about 200 companies in Łódź alone. They successfully work in various fields, and we are proud of them. Our honorary consul will serve our Polish friends and support our citizens living here in his office. The Polish authorities, both the central government, the governor, and local administrators will not refuse them the necessary support.”