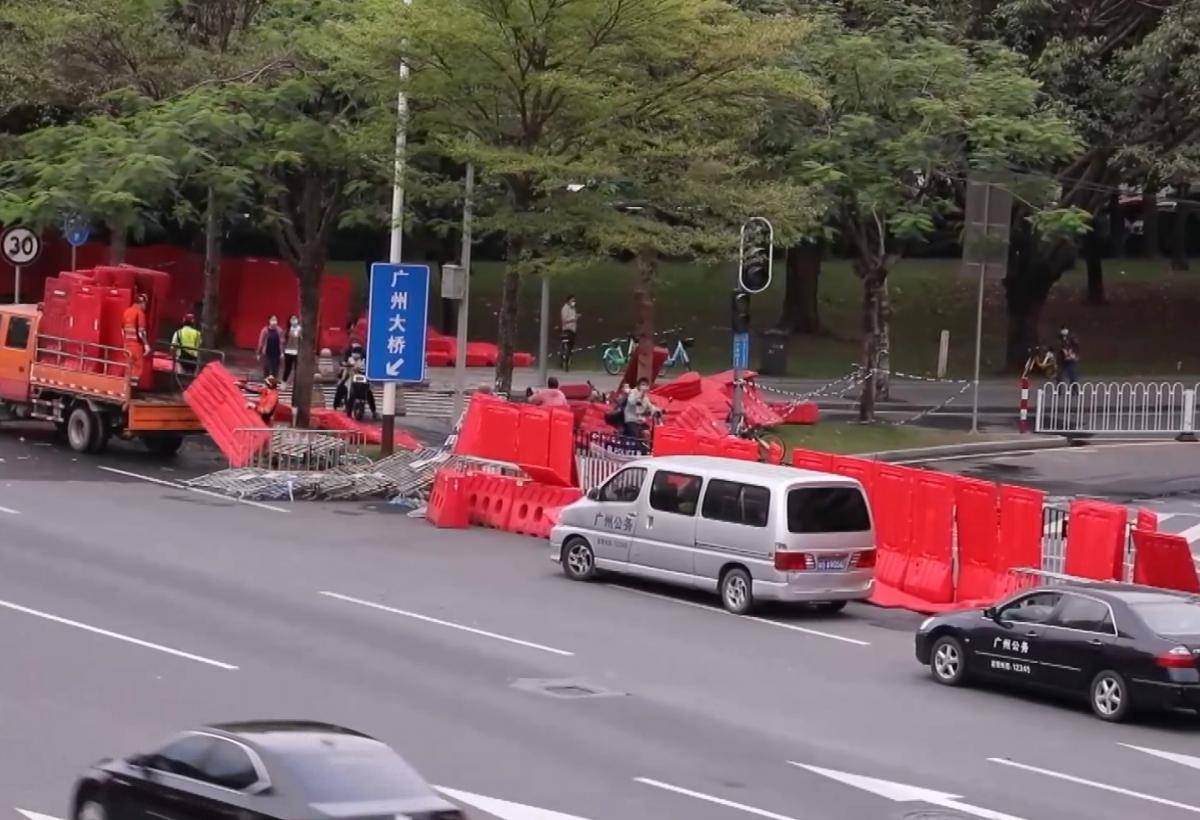 The Chinese government lifted all temporary restrictions due to COVID-19 from November 30th. In the Guangzhou metropolitan area, authorities have begun dismantling barricades.

According to the Xinhua news agency, the Chinese authorities announced the lifting of all temporary COVID-19 restrictions effective November 30, which were introduced due to the weakening of the Omicron virus and the vaccination of more people. It was stressed that temporary control measures in Haizhu, Tianhe, Panyu and Liwan districts in central Guangzhou of southern China’s Guangdong province have been lifted, and all areas except for previously identified high-risk areas have been classified as “low risk”. areas”. It was seen that the authorities removed the barriers on the streets and streets and opened the roads in the Guangzhou metropolitan area.

Saying that in the capital Beijing, control measures have been reorganized to minimize the impact on the population, officials said that residents of the capital who do not leave their homes do not need to participate in COVID-19 tests. It was emphasized that even if cases of Covid-19 are detected in important departments of hospitals, such as emergency and obstetric services, these departments will not be closed.

“I FEEL RELAXED AND VERY HAPPY”

A resident of the city of Guangzhou commented on the announcement: “I am very happy that the closed control measures have been lifted. The epidemic is not over yet. We have to protect ourselves well,” while another resident said, “After the controls were lifted today, I suddenly felt relieved and very happy.”