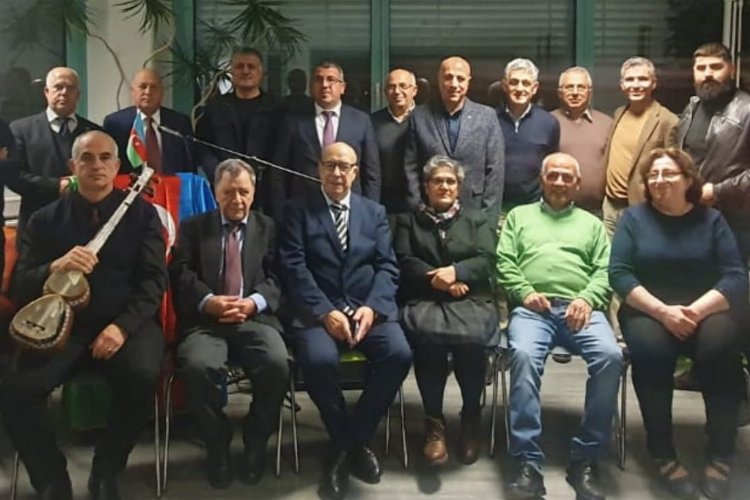 Eldar Güneyli, head of the House of Azerbaijan, operating in Munster, Germany, spoke in detail about the events that took place in Iran and South Azerbaijan over the past 3 months. Then, co-chairman of the World Congress of Azerbaijan (DAK) Firudin Pravia, member of the WAC Nureddin Garavi, chairman of the board of the WAC, president of ISBAM Samir Adigozalli, president of the WAC in Europe Ali Haji Agayevli, representatives of the Munster Azerbaijan Assembly Ahmed Urmulu, Elsever Khanim Erdebili, Bahram Nasibli, Rza spoke. Babai, Ebulfez Jorabchi, Vahid Tazen, Ali Kushchu, as well as southern intellectuals from Cologne, Frankfurt and other cities in Germany, Bulgaria and other countries, expressed the brutal violence of the Kurds.

The current Iranian regime has drawn attention to its cruelty towards the civilian population, violation of the most fundamental rights and rights of our compatriots and other bitter realities. The speakers stated that in the context of the violence that has been going on in Iran for the past three months, the current regime continues to violate all international laws, violating the basic rights of the people and using the most cruel and even immoral methods against them.

Samir Adigozalli, head of the executive apparatus of the WAC, also comprehensively studied the reasons for the protests that have taken place in Iran in recent months. He made a broad statement regarding the recent thoughts of Azerbaijani President Ilham Aliyev that the rights and rights of our southern compatriots will always be upheld on all platforms:

“The words of our president, Mr. Ilham Aliyev, “Our duty is to protect all Azerbaijanis, wherever they live,” are an important guideline for us. As is known, the President made such a statement at the last meeting of the Organization of Turkish States. At the international conference “Along the Middle Corridor: Geopolitics, Security and Economics” held yesterday in Baku, President Ilham Aliyev delivered very important messages on the rights to education and the rights to the mother tongue of our compatriots living in Iran.

At the same time, he mentioned the policy of the current Iranian regime towards Azerbaijan and said that activities carried out on the basis of hatred towards our country and our compatriots would not be effective. The President is absolutely right. Today, all Azerbaijanis have united into one fist, stood up for the President and acted in the direction indicated by him.

Let all our enemies see that, as our President said, we are not afraid of anyone. As a result of the conference, a declaration was adopted on the events in Iran. In order to draw more attention to the violence in Iran, it was decided to organize new events and discussions about the processes in South Azerbaijan in other European countries in the near future, to intensify systematic activities.