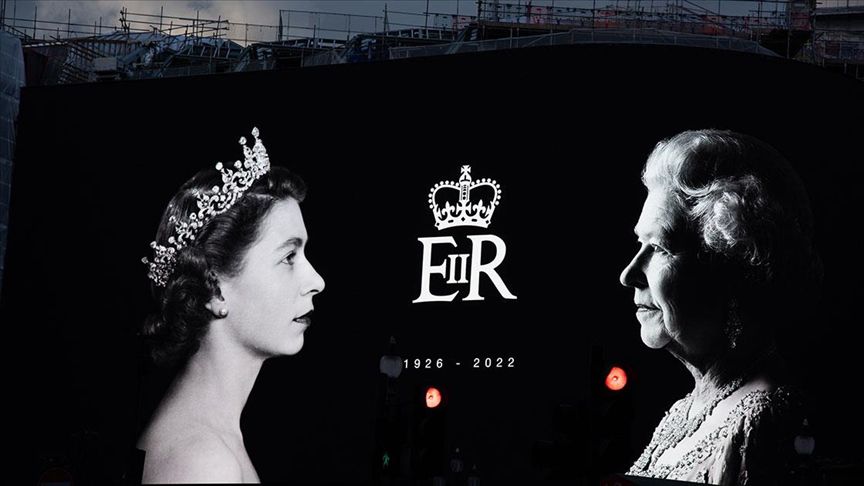 “Queen Elizabeth II is dead.” This is a simple sentence with a verb, but it is not enough to describe what a constant and selfless life and the absence of a queen means for the UK in a multicultural, multilingual and multi-religious country that has experienced great upheavals and wars.

From the outside, it can be difficult to understand why the Queen’s death had a profound effect on the country. Prime ministers come and go, celebrities shine, fashion comes and goes, but he has always remained the same for the UK with its attitude and traditions. The confusion and grief of the people who rushed to Buckingham Palace after his death and wept is in fact a time of closure for his identity, as well as for the United Kingdom with its lost spiritual, political and cultural significance.

New era for the UK

Now begins a process that has been rehearsed and planned in detail for years. The first constitutional step has been taken: “Charles, Prince of Wales” is now “King Charles III”. The whole country is going through a period of mourning. Newspapers and television began to publish ready-made texts and bring their productions to life. The Queen’s death will long be a major topic for the UK to be talked about and talked about and spoken about with respect, but change is inevitable.

King Charles is thoughtful, productive and hardworking. He does not hesitate to convey his ideas to the authorities, comment on current events and criticize the policies of governments. There are many areas where he is active, such as non-governmental organizations that he supports, climate change, sustainable agriculture, architectural development, good relations between religions, opportunities for young people. He has long been ready for his duty. These are also harbingers that there will be different initiatives in the new period. This is also an important transitional period for Prince William’s preparation, who has already come to the fore. But here’s the thing: neither King Charles nor his heir Prince William can replace Queen Elizabeth. They must forge their own path, strengthen and justify their positions in the social, cultural and political spheres, as well as their positions within the constitutional framework.

It is normal to hear thoughts that the monarchy will be abolished and the royal family will lose its importance in the post-Elizabethian era, but it is too early to tell. More importantly, this rhetoric shows a lack of understanding of the importance of royal tradition to Britain.

Royal tradition, the existence and importance of this tradition for the United Kingdom goes beyond the scope of Queen Elizabeth II; Its history is full of changes and crises. Queen Victoria ruled the country for 63 years until her death in 1901. King George V, who sat on the throne in the turbulent years of 1910 and 1936; The reformed House of Lords served during times of historical change such as the First World War and the Irish independence movement. Prince Albert, aka King George VI, ruled from 1936 until 1952, when his own brother renounced the mandate. In the process, World War II and the collapse of the empire took place. Her daughter Elizabeth became queen at the age of 25 when her father, King George, died of lung cancer in 1952, a post she has held to this day.

The inauguration of King Charles also coincided with a time of tumultuous and important change for Britain. With Brexit, there are big changes in both domestic and foreign policy. The desire of the United Kingdom to find a new role in the world and the possibility of Northern Ireland leaving the Kingdom, added to the ever-present issue of Scottish independence, are just some of them. In addition to Brexit, the epidemic, historical inflation and rising interest rates, rising energy prices are hurting the country’s economy and citizens.

Sterling is at a historic low against the dollar. Even conservative politicians are focusing on getting through this process, spending big budgets. Liz Truss, who became prime minister not in a general election, but in a party election, is as strong as the prime ministers before her, neither in parliament nor in the popular vote. There is talk of a possible victory for the Labor Party in elections that could take place in 2024 or 2025. And all this is happening at a time when profound changes are taking place in Europe, which began with the Russian-Ukrainian war, and the escalation of tensions between America and China. This is a very delicate process for a country that plays a role and influence in world trade and wants to increase and maintain it.

The pain of forced change in difficult times

Queen Elizabeth was not only a local icon, but also a worldwide diplomatic force. This had a significant impact on interstate relations and expansion, although it seemed “symbolic”. His death will undoubtedly cause a disadvantage in this sense. Can the Commonwealth of Nations stay together without Queen Elizabeth and her selflessness? Will these countries grant King Charles the right to remain the symbolic leader of his state, as Queen Elizabeth did? Will the royal institution come under more criticism after Queen Elizabeth, or will it remain important? Is it possible to cut government payments needed to keep the institution running?

King Charles must be careful in the coming period. Neither the public nor the king can tolerate members of the royal family who are unloved or harmful. They are aware of the changes and the risks associated with them, but despite all this, the succession and traditions of the monarchy remain important to Britain.

Although this connection may seem tenuous to new generations, and calls for republicanism have always been present on the Irish, Scottish and British left, there will be no constitutional change in the near future. The post-Queen Elizabeth period could see the monarchy revitalized and reach a more diverse audience. Prince Harry and Meghan Markle may be prominent in the American media, but Prince William and his wife Kate Middleton – officially the Duke and Duchess of Cambridge and Wales – are increasingly respected and loved in Britain. The new generation they represent can become stronger and bring new dynamism to an institution in the transition period with King Charles.

The UK is a country that is difficult to understand and explain. This difficulty is caused by the name of the country, its political and institutional structure, its unwritten constitution, its unique legal system, its system of local and regional government, its very progressive and liberal culture, but very conservative base, and although it criticizes government officials. , institutions and policies, including its cultural fabric, which has deep sacred and taboo, although it considers mockery a virtue.

Queen Elizabeth II has died. The UK national anthem will no longer begin with the phrase “God save our gracious Queen”, but will be the phrase “God save our gracious King”. He will be mourned for a long time, and every Christmas at 3 o’clock the TVs will be turned on in anticipation of his usual speech. This text message, which has been published every year since 1957, will not be the first time. But the traces and presence of Queen Elizabeth will remain in her absence.