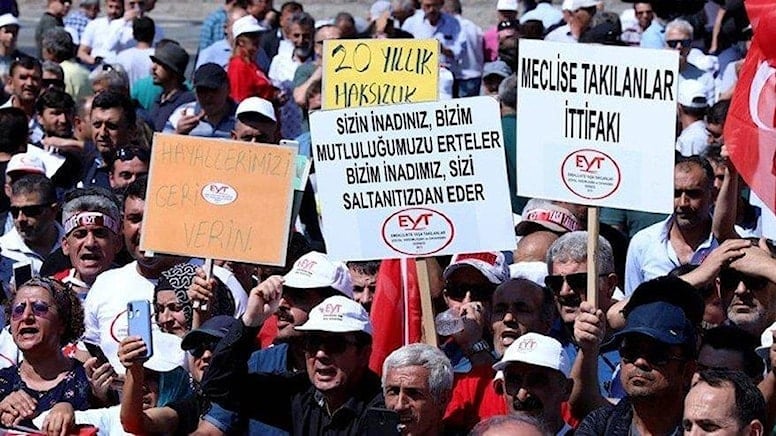 SAFAKNA TURKEY – The details were revealed in EYT, which millions of people have been eagerly awaiting. Vedat Bilgin, Minister of Labor and Social Security, made important announcements regarding the retirement age (EYT), whose decision is expected to be made in December.

Minister Bilgin answered questions from Star TV. Explaining the date he would be eligible for retirement, Bilgin said: “The clear date for EYT is September 8, 1999. Even if there is a right to wear, family and military debts, the starting date cannot be canceled. This is only done to fill in the missing premium days. In other words, it compensates for the missing premium days. But that doesn’t change the start. There’s no such thing”. said.

Emphasizing that if pensioners continue to work, their bonuses increase by 5 points compared to regular workers, and that employers want this difference to be eliminated after the introduction of the EYT rule, Bilgin said: There we will reduce the bonus to an equal level. In other words, don’t throw this EYT worker to an employer, put him to work. We’ll give you a social security supplement.” said.

Regarding the severance pay for EYT members, Minister Bilgin said: “The government has certain formulas on this issue as well.” said. Bilgin used the following statements;

REQUEST A LOAN FROM THE GOVERNMENT

On the other hand, the employer also requests a loan to pay severance pay to EYT members. However, the government does not treat this issue condescendingly. It is emphasized that the severance pay must be prepared by the employer.

Minister Bilgin said: “Will there be a 50 percent increase in the minimum wage, which is 5,500 liras?” To the question: “We need to focus on a real figure, and not on an imaginary one. We are looking for a fee that businesses can pay.”