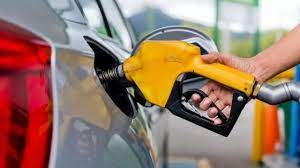 SHAFAQNA TURKEY – Fuel prices, especially gasoline and diesel prices, continue to decline. Brent oil, which has been declining for some time, hit an 11-month low yesterday. This movement in oil prices brought an 82-cent discount on diesel fuel. However, it became known that a discount of another 60 cents will come to the price of a liter of diesel (diesel). So, Tuesday, November 29, 2022, Istanbul, Ankara, Izmir, what happened to the current fuel prices, how many lira? Here are the details of the latest diesel discount news…

Fuel prices are closely watched by owners of vehicles with Brent oil activity. “Is there a discount or surcharge on petrol or diesel?” While the issue remains a curiosity today, there has been a dramatic development since oil price activity. So how much was the diesel price, how much TL? Here are the (diesel) diesel prices and gasoline prices in Izmir, Ankara, Istanbul on November 29, 2022…

As product prices decline abroad, domestic prices continue to decline. In this regard, there is a discount of 82 cents per liter of diesel fuel, effective from today. However, when oil prices reached their lowest level, the second news about discounts appeared. It became known that from Wednesday on a liter of diesel fuel will be an additional discount of 60 cents.

WHAT WILL THE PRICES BE AFTER THE MOTORCYCLE DISCOUNT?

After the new discount, which will be introduced tonight, the price per liter of diesel fuel will drop to 22.61 lira in Ankara, 22.49 lira in Istanbul and 22.67 lira in Izmir.

In the gasoline group, prices have not changed. Due to the decline in oil prices, the price of gasoline has been reduced by 77 and 75 cents per liter over the past two weeks. Last week there was an increase in gasoline prices by 55 cents, which was reduced by 1.16 cents. However, in less than a day, prices changed again, and gasoline was reduced by another 45 cents.

FIRST IN OIL SINCE DECEMBER 2021