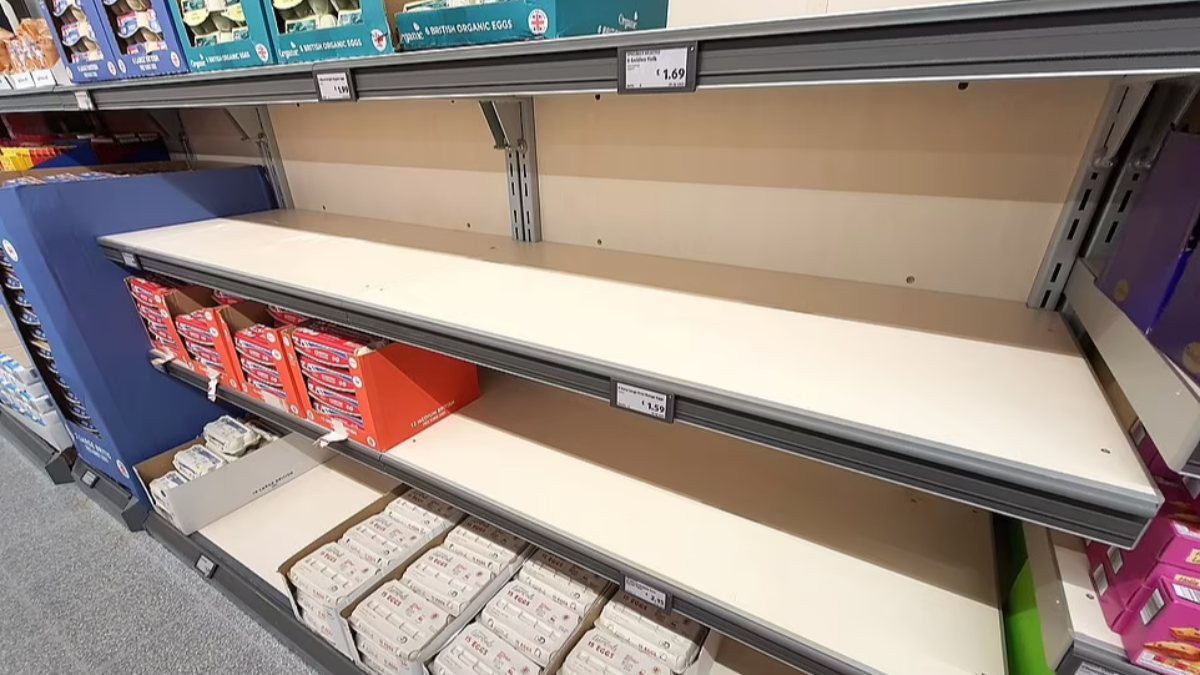 British supermarkets are accused of fueling chaos in the country’s egg supply chain by refusing to pay farmers a ‘fair price’ for egg production.

Egg farmer Ioan Humphreys pointed to the deterioration in the industry.

Humphreys has responded to grocery chains that have chosen to import eggs from Italy rather than pay British farmers more.

Photos of empty shelves in UK supermarkets, including Tesco, Lidl and Aldi, show the chaos surrounding the egg industry, the Mail reported. Wetherspoons offered breakfast substitutes due to egg shortages, while a popular egg-based bakery in Norwich warned that any disruption to its supply chain would be “disastrous”.

“We want to cover our costs”

Egg Producers Association: We warned you 10 months ago

“We warned producers 10 months ago that if they are not paid a fair price for their product, they will stop production and the knock-on effect will be fewer chickens and fewer eggs,” said the British Free Field Egg Producers Association. used the phrase.

The British Egg Industry Council added that it was not aware of any shortages, but added that “supply and demand can fluctuate and availability is quite tight at the moment”.