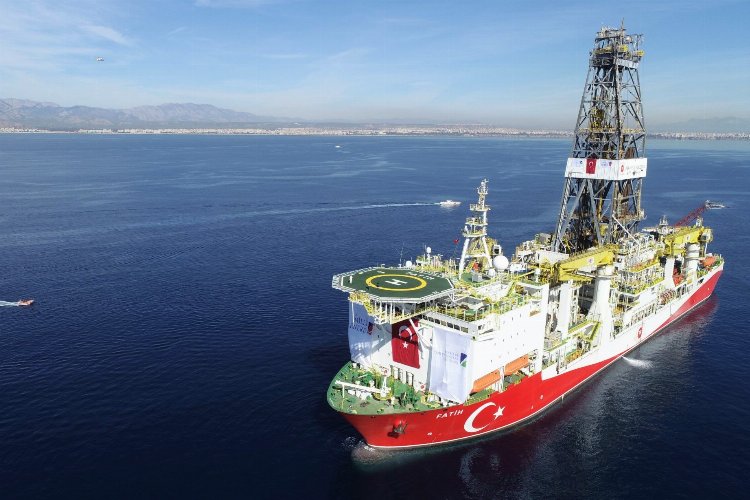 TRNC (IGFA) – The “Cyprus Problem: Environmental Challenges and Energy Security”, which is being held for the third time this year on the basis of the Faculty of Civil and Environmental Engineering of the Near East University, was held with active participation.

The international conference, which was held with the support of 40 universities from around the world, brought together about 200 participants, consisting of scientists, politicians, officials, retired generals/admirals and energy experts.

During the conference, which was held for the third time this year, important issues regarding the problems of energy security in the Eastern Mediterranean, the relationship between the political economy of energy security and national / international security, as well as the role of the Republic of Turkey in Northern Cyprus in this balance were discussed .

Representatives of many countries including Turkey and TRNC, USA, China, Russia, Israel, Canada, England, France, Azerbaijan, Lebanon, Libya, South Africa, Pakistan, Algeria, Iran, United Arab Emirates, Croatia and Indonesia. The President of the TRNC Ersin Tatar, Deputy Minister of Environment and Urbanization of the Republic of Turkey Mücahit Demirtas, Head of the Turkish Center for Maritime and Global Strategies Mustafi, Rear Admiral Assoc. Dr. Cihat Yayci, former Deputy Minister of Agriculture and Forestry Akif Ozkaldy, President of the Turkish-Azerbaijani Cooperation and Solidarity Foundation and member of the Security and Foreign Policy Council under the President of Turkey prof. Dr. Aygun Attar, Head of Information Technology and Communications Department of the TRNC Kadri Büryuncuk, Chairman of the Union of Cypriot Chambers of Turkish Engineers and Architects Tunc Adanir, President of the Turkish Chamber of Geological Engineers Hussein Alan, President of Cyprus Turkish Energy Efficiency Association Görkem Çelik, Energy Policy Expert Necdet Pamir and Near East University Dean of the Faculty of Construction and Ecology prof. Dr. Hussein Gokcekus did it. The closing speeches of the conference were made by the President of the TRNC, Ersin Tatar, and the Minister of Economy and Energy of the TRNC, Olgun Amcaoglu. Also at the closing, the chairman of the conference prof. Dr. Hussein Gokcekush shared with the participants the final declaration of the conference.

The conference, which was attended by a large number of people, consisting of scientists, politicians, officials, retired generals, admirals and energy experts, carried out an important vision study by considering current energy and environmental issues in a broad perspective with a focus on the Eastern Mediterranean and the TRNC.

TRNC PRESIDENT ERSIN TATAR: “THE QUESTION WHICH THE WORLD CALLED THE CYPRUS PROBLEM IS A FIGHT FOR SOVEREIGN IN ESSENCE.”

Noting that important issues related to the environment and energy were discussed at the conference “Cyprus problem: environmental challenges and energy security”, which lasted for three days at the Near East University, TRNC President Ersin Tatar stressed that what the world calls Cyprus the problem is essentially a struggle for sovereignty. Referring to the history of the political struggle in Cyprus, the President of the Tatars said: “The Turkish Cypriots had to create their own state after the difficult events experienced by the Greeks.”

Emphasizing the restructuring of the global balance and international relations in the world after the Russian-Ukrainian war, President Tatars said: “Events; Due to its geopolitical and geo-economic position and natural gas potential, the island of Cyprus has increased its importance and the TRNC has become one of the main actors; As the Turkish Republic of Northern Cyprus, we are working together with our homeland and guarantor country Turkey to protect Turkey’s interests in the region. Tatar added: “We see that the Greek Cypriot side has entered into many agreements with large international companies, arguing that the energy resources in the seas around the island of Cyprus belong to a recognized state; Under the 1960 Agreement, we have equal rights and sovereignty with the Greek Cypriots. For this reason, we also have the right to search together with our motherland Turkey.”

President Ersin Tatar concluded his speech by saying, “I would like to thank Near East University for hosting this valuable conference that discusses events in the region and the world from a new perspective.”