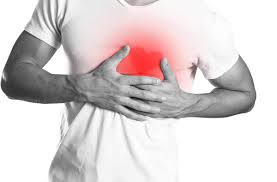 SHAFAQNA TURKEY. Every year, millions of people die due to heart disease. It is very important to know about cardiovascular diseases, which are among the most serious diseases. Some serious symptoms of heart disease are being ignored, experts say. If you have one or more of the following symptoms, you should contact your doctor.

The next time you go to the gym, pay attention to how your neck and chin feel. “While most people with underlying heart disease describe chest pressure with exercise/exertion, sometimes the only symptom is pain in the jaw or neck,” McGowan says. “Don’t ignore jaw or neck pain with exercise.”

Have you ever sweated for no reason? Of course, if you’re in menopause, it could be hot flashes, but it could also be a symptom of something more serious. Doctors say that the sudden sensation of sweating without exertion can cause anxiety. “Most people know they should be on the lookout for chest pain but ignore other important signs,” she says, noting that sudden unexplained sweating can be an easily overlooked sign of heart disease.

McGowan also notes that nausea is a common symptom of heart disease. “Other symptoms of underlying heart disease or a heart attack may include nausea and sweating,” she says. “If you have risk factors for cardiovascular disease, it’s very important to get tested to see if the aforementioned symptoms develop.” Women especially need to be vigilant about how their bodies feel. “Remarkably, women are more likely than men to have atypical manifestations of cardiovascular disease,” explains McGowan.

Cardiologist Ernst von Schwartz, MD, says that heart disease can also be the cause of your sleepless nights. “Most people with heart disease suffer from insomnia, but it is often treated with sleeping pills alone rather than assessing possible causes,” he explains, “ignoring signs of heart disease, leading to a lack of proper testing.”

All the doctors who have spoken to Best Life describe fatigue as the number one symptom of cardiovascular disease that most people ignore. “Fatigue is often the result of the strength of the contraction of the heart muscle (as in heart failure) or lack of oxygen (as in coronary heart disease),” von Schwartz says, arguing that people with heart disease can detect it. Patients with cardiovascular disease “feel lack of energy and fatigue.”