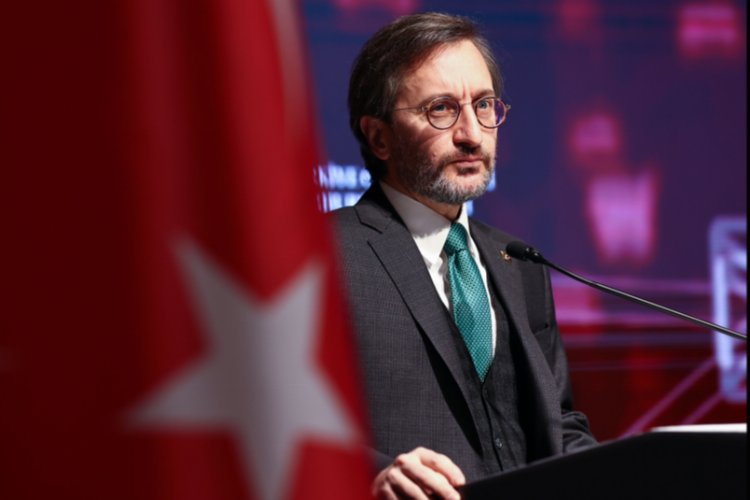 ANKARA (IGFA) – Expressing that they expect the Swedish authorities to immediately take the necessary measures against terrorist organizations, Communications Director Fahrettin Altun reacted to Sweden in a statement posted on the official website.

Head of Public Relations Fahrettin Altun said: “We very clearly condemn this sordid act committed there by the members of this bloody terrorist organization and we once again call on the Swedish authorities”, said: “Immediately take the necessary measures against these terrorist organizations without delay, and we will fulfill the demands we have made in a very specific way for the time being! Here in Turkey, we have been fighting a very fair fight for a very long time, and we are fighting terrorist organizations that feed from a variety of sources. On the one hand, we are fighting for the national struggle, on the other hand, we are fighting for our own social peace and peace, while we are fighting for our regional peace and peace in the region. Along with all this, we are also fighting global terrorism. In this regard, the fight against terrorism, which we have been effectively conducting over the past 20 years under the leadership of our President, shows itself as an action that serves global peace.”

“WE EXPECT THEM TO PAY ATTENTION TO US AGAINST TERRORISM”

Director of Public Relations Altun said that Turkey paid a very serious price in this process and waged a very serious struggle. “At this point, as President Erdogan has repeatedly stated, we are asking for support from our allies, especially Western countries, and from entities that we consider friends with them,” said Communications Director Altun, and continued his statements as follows:

“We expect them to stand with us against terrorism as required by the alliance and the law between us. Unfortunately, we have long seen that the countries of the West and the countries of Europe prefer to support terrorist organizations, rather than their allies, Turkey, when it comes to terrorism. By protecting terrorist organizations, they are, in effect, betraying their own social peace and world peace. Despite all the obstacles, our President began a very intense fight to stop terrorist activities not only inside our borders, but also beyond them, saying that “we will cut our own belly, we will dry up terrorism in the bud,” despite this situation. blows were dealt. In this sense, terrorist organizations have lost their effectiveness in the region, are in a very difficult position and are gradually becoming less effective.”

Altun urged Sweden: “As long as you protect terrorist organizations in this way, you cannot be in alliance with us in NATO.”