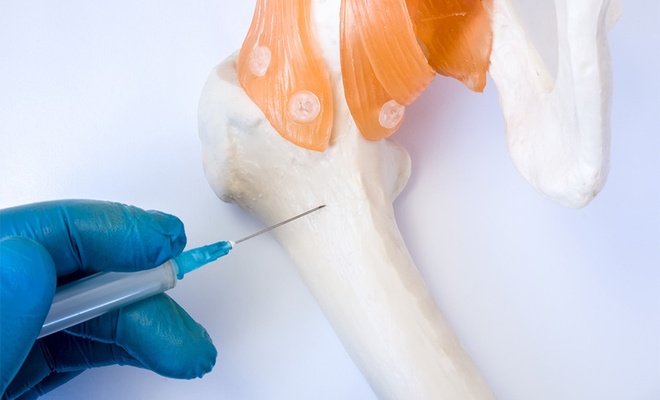 SAFAKNA TURKEY – This innovation has shown promising results when used against staphylococcus bacteria in mice. It is claimed that this discovery can be used to treat bone diseases and slow the development of antibiotic resistance.

The researchers published the results of their work in the journal Nature Biomedical Engineering in a paper titled “Bone cement with antibiotics to combat Staphylococcus aureus.”

The researchers are of the opinion that “new anti-inflammatory drugs should be active in order to resist treatment-resistant bacteria, delay the growth of bacterial resistance to them and try to reach the target sites of infection.” In their statement, they also said that they “explained the design of a group of 17 antibiotic candidates to fight bone infection with wild-type and mutated-type bacterial targets using molecular fusion modeling.”

Hai-Lin Zhang, Deputy Director of the Engineering Therapy Center at Brigham and Women’s Hospital and Principal Investigator of the Biotechnology and Advanced Biomaterials Development Laboratory, said:

“The Food and Drug Administration has approved strains of bone cement containing antibiotics that were not originally developed for bone tissue. These antibiotics, in addition to being non-specific for bone tissue, have encountered bacterial resistance. Well; We must create a new generation of advanced antibiotics to meet this pressing need.”

The Department of Medicine researchers collaborated with Brigham and Women’s Hospital Orthopedics to create an effective topical combination of antibiotics and bone cement. The team used PMMA cement to develop a new topical precision antibiotic that reaches the site of infection through a matrix of bone cement.

The research team compiled a short list of molecules needed to develop antibiotics and studied drug-resistant and drug-resistant antibiotic bacteria in a theoretical model. The team then compared antimicrobial prophylaxis and PMMA bone cement used in clinical practice today with antibiotic-filled PMMA cement in an experiment in a staphylococcal bacteria-infected model.

The researchers identified a dual-acting antibiotic called VCD-077 and studied its efficacy in cell and animal models. The observed antibiotic improved the kinetics of drug release without affecting the stability of bone cement, showed high efficiency in the fight against a wide range of antibiotic-resistant bacteria, and slowed down the development of resistance in the future.

The researchers stress that they need more work before they can move on to clinical applications, but their computer engineering application to find molecules and improve antibiotic design has been successful.