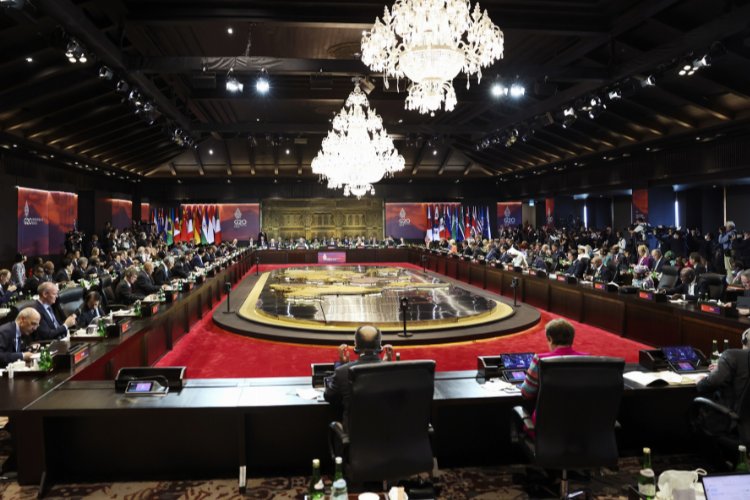 ANKARA (IGFA) – The summit of the G20 leaders, which brought together the largest economies of the world, ended with the demand for the complete and unconditional withdrawal of Russia from the territory of Ukraine, calling for the fact that today’s century should not be a century of wars.

The summit, which brought together G20 leaders on the Indonesian island of Bali on November 15-16, discussed the Russian-Ukrainian war, the energy and inflation crisis, the grain corridor, food security and strengthening the global health system. to the fore.

Recall that bilateral negotiations between the leaders began on November 14. President Recep Tayyip Erdogan met with Indonesian President Joko Widodo on the first day of his visit to Bali. The two leaders introduced the mechanism of the High-Level Strategic Cooperation Council between countries.

One of the important events within the framework of the summit took place between US President Joe Biden and Chinese President Xi Jinping. It was Biden’s first face-to-face meeting with Xi since taking office.

After a meeting that turned eyes away from Taiwanese tensions with China, the White House said the two leaders had a “candid” meeting in which they expressed their priorities and intentions on many issues.

WAR HAS NEGATIVE CONSEQUENCES FOR THE WORLD ECONOMY

The first day of the summit began with a welcoming ceremony by Indonesian President Widodo to the G20 leaders. While the leaders discussed food and energy security in a closed session, the second session focused on global health systems.

On the second day of the summit, on the agenda of the leaders was a rocket that fell on the village of Pshevodov, on the Polish-Ukrainian border.

The summit, at which President Erdogan conducted tense diplomacy, ended with the announcement of the final declaration of the G20.

According to information provided by the Communications Department, the declaration contains a demand for the complete and unconditional withdrawal of the G20 countries from the Ukrainian territory of Russia and a call for the current era not to be an era of war.

The declaration, which emphasized that many members condemned the war and the effects of war on the global economy, indicated that urgent action would be taken to ensure food security, especially for vulnerable countries.

Meanwhile, according to information received from the Ministry of Treasury and Finance, the ministry has been actively implementing the G20 process in coordination with all relevant institutions as the coordinator of the G20 Sherpa and Financial Lines.

In this process, Turkey, although playing a mediating role capable of negotiating with all parties, has also shown a proactive stance in issuing a declaration.

Another important development in the G20 Declaration was that the Black Sea Grain Corridor Initiative, implemented under the leadership of Turkey, was approved by all G20 members with reference to the Agreement between Turkey and Istanbul.

In addition, while the need for cooperation on refugees was included in the final G20 declaration, issues of bilateral economic and financial cooperation were discussed during the meetings of Minister of Finance and Finance Nureddin Nebati with his colleagues.