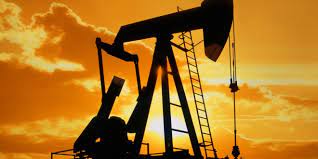 SHAFAKNA TURKEY. While the flood of news about missiles falling on Poland, which caused the oil market to fluctuate, has taken on a new dimension with new announcements, its negative impact on pricing has also dissipated.

Oil has increased its losses as investors again worry about the demand outlook after geopolitical tensions have subsided.

U.S. crude fell to $84 a barrel after closing 1.5 percent on Wednesday.

As China grapples with a rise in Covid cases, JPMorgan has predicted the US will enter a “moderate” recession next year due to higher interest rates. Earlier this week, OPEC lowered its oil demand forecast.

NATO and Poland leaders said there was no indication that the missile that struck the country’s border with Ukraine was a deliberate Russian attack. This alleviated fears that these developments could lead to an escalation of the war in Europe.

The Druzhba oil pipeline, which carries Russian oil to the west, also resumed operation after a power outage.

Warren Patterson, Head of Commodity Strategy at ING Group, said: “As geopolitical risks have eased somewhat, demand concerns have once again taken center stage in the oil market. “Chinese demand is still a concern,” he said.