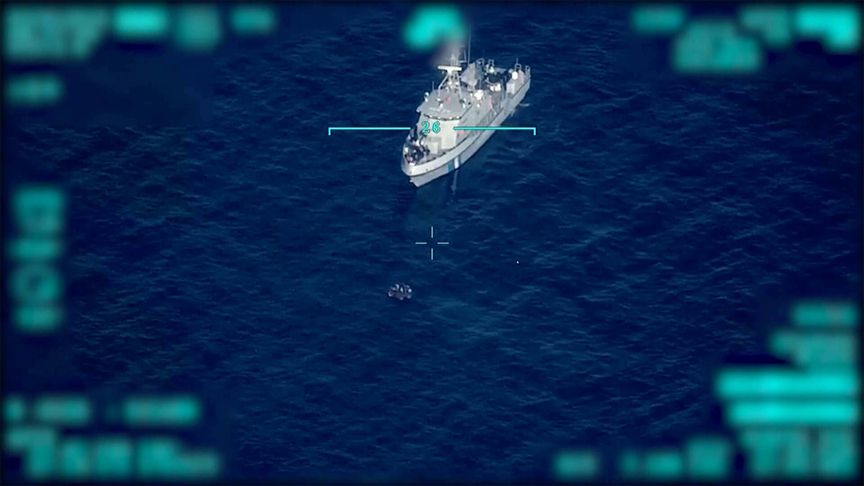 The summer of 2022 has been calm in terms of civic life and tourism, despite worrisome rumors of a possible heated conflict in Greece. In fact, a ferry service was launched between Izmir and Thessaloniki. Although there was a normalization in the lives of ordinary people, on the contrary, particularly serious efforts were made at the political level to escalate tensions.

As a matter of fact, in the last days of August, blocking the Turkish F-16s, which are on active duty in NATO, from the radars of the S-300 missile systems, which are in the hands of Greece, was considered by the Turkish authorities as an issue that should be resolved. perceived as a step beyond provocation. Subsequently, on September 10, Greek Coast Guard boats opened fire many times on the ro-ro ship Anatoly off the coast of Gokceada and continued to fire in Turkish territorial waters, leading to comments that the open attack was launched from a provocative stage.

In the negotiations in Turkey, it was necessary to use international mechanisms. The Greek side tried to justify what was happening, explaining it as a “hybrid war” due to the flow of immigrants in the Aegean Sea, and sometimes rejected these claims, as in the case of the S-300. It should be emphasized that the most important feature of the statements is that they are not perceived as an aggressor, but as a party complying with international norms and rules.

So what is the reason for taking steps to escalate tension or even force a hot conflict that will lead to a devastating all-out war? What is the source of such a risky idea as the “imminent war” discourse, which has never been removed from the agenda, especially in Greece?

Reasons for the Escalation of Tensions

The consensus in Turkey is that the shortest answer to this question for Greece is the assumption that Greece is backed by stronger actors than Turkey at the regional and global level and a rift against Turkey is being formed. Statements by Greek government officials on this matter claim that Greece has won the EU, US and NATO and that is why Turkey has become aggressive; With regard to the defense agreement with France, there are often allegations that France has sided with Greece as a nuclear power.

This situation is seen as a new window of opportunity for Greece, which suffers from power asymmetries on the ground. Just as a result in favor of Turkey due to the US siding with Turkey during the intervention in Cyprus in 1974, the idea that US support has turned in favor of Greece today increases the perception of power and the expectation of gain in Greece. . Despite Ankara’s recent diplomatic successes on the Greek side, the military conflict appears to be beneficial to the national interest, based on the assumption that Turkey is “in a weak and lonely moment.” As in the EU process, the ambitious goals of Greece, such as Turkey’s withdrawal from NATO and the use of NATO in the interests of Greece, can also be assessed in this context.

The most important steps that will contribute to the achievement of this ambitious goal are the public diplomacy and lobbying activities carried out by Greece. For example, the creation by the Greek authorities and non-governmental organizations of the image of “Turkey as a common threat”, torn from the Western definition, trying to present Turkey as a country like Russia, which does not comply with international laws and regulations. , and giving Greece a bigger role than it can play in this process, and the West, like Ukraine. Ambitious goals, such as giving the role of defender of Russia.

In this context, statements dominated by the goal of gathering supporters are heard from the lips of the authorities one after another. For example, the Greek government launched a “big war” against any rapprochement that could strengthen Turkey, including the supply of F-16s, especially to Washington. The importance attributed to these efforts is defined as vital even in relation to the intellectual influence created in the Western centers which has continued since the founding of the Greek state.

Various historical events and symbols appear in this propaganda struggle. For example, in international events that the Greek authorities compare the new Cold War to, Turkey is trying to position itself on a pro-Russian and opposing front. Greece, saying that it will be a second Ukraine, presents the Greek borders as a new “outer border” of the West. Thus, in this discourse, the expansion of Greek borders is in the interests of the West. It is argued that Turkey is separating from the West and this separation is a common preference in the West, so it is important for Western allies to side with Greece.

Symbolic expressions, words, and references to the First and Second World Wars are also used to reinforce national politics. Speaking at the International Trade Forum on September 10, 2022, Prime Minister Mitsotakis, while explaining the situation in Greece, stated that unacceptable statements had been received from Turkey and that they would respond “No, Mr. Erdogan.” He subsequently referred to Turkish slang and used the phrase “Don’t beat Greece”.

Here the words “dayılık” and “no” were used as Turkish words used in Greek as well. In this respect, it is a response to previous speeches by President Erdogan. Another important aspect is the similarity with Metaxas’s “no” answer to Mussolini’s call for Italy to “surrender” on October 28, 1940. The reference to No Day, which is still celebrated as a national symbol of resistance, is an important choice in terms of building the image of Greece on the defensive and in this context the heroic leadership of the government. For this reason, he was applauded by the military and civilian bureaucrats in the room. The same speech referred to the disappearance of the Greek presence in Anatolia and the “loss of the national homeland”, referring to 1922. Again, this should be considered a very important reference.

So, how can the relationship established with these symbols and metaphors, and with the preferred form of politics and goals within Greek politics, be reconciled? The answer to this question will also give an idea of ​​the expectations to date and their results.

Mitsotakis made the political choice of agreeing to make Greece solely an instrument of US policy, just as Venizelos had put Greece under British control. The Anatolian adventure of Venizelos began with the help and support of the great powers, under appropriate conditions in this context. It is interesting that the symbols of the era of Venizelos, personifying the expansionist spirit, are included in the discourse of the current government.

On the other hand, another mention in the same speech is Day no. Alexandros Korysis, who did not take British soldiers to Greece because it would backfire and Germany would react, but accepted only limited air support, put his shyness aside when Metaxas died in 1941 and the country became the scene of a catastrophic conflict and destruction, with the invitation of British soldiers to the country, became an element of the policy of the great powers. From this it is clear that while Metaxas’s war has a defensive connotation, Venizelos’s war has a more expansionist meaning and manifests itself in Greek politics in different ways.

What tradition does Mitsotakis adhere to in this case? Although he tries to inherit the positive legacy of the whole past through the complex symbols and metaphors he uses, Mitsotakis, who is trying to quickly garner nationalist votes with an up-and-coming leader, is giving subtle signals that he will not be content with just defending the line. Venizelist.

The growth of anti-democratic and illegal actions against the Greek opposition, along with nationalist rhetoric, is reminiscent of a “national split” in the political life of Greece. The fact that the current government is in power because it is acting in accordance with the international political balance also indicates that Greece, where a policy that preferred to be an instrument of regional balance rather than a prudent policy, as in the Metaxas period, is considered acceptable.