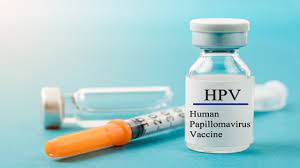 SHAFAQNA TURKEY – Understanding the importance of early diagnosis and vaccination in the prevention of cervical cancer, prof. Dr. Farooq Bayru said: “The HPV vaccine was developed in 2006. The HPV vaccine is included in the national immunization schedule in many countries. The demand for vaccines has also started to rise,” he said.

Specialist in gynecology and obstetrics prof. Dr. Farooq Bouyru made statements on this issue as part of Cervical Cancer Awareness Month, which will take place from 1 to 31 January. Saying that cervical cancer is the fourth most common cancer in women, Bayrou noted that vaccines are highly likely to prevent the disease and that it can be treated through early detection through screening programs.

Emphasizing that the widespread use of screening tests for cervical cancer in many countries is important for early diagnosis, Bairou said: “The more often a country uses the smear, which is a screening test for early diagnosis of cervical cancer, problems can be treated before they outgrow into cancer. The biggest achievement has been the development of an HPV vaccine since 2006. The HPV vaccine is included in the national immunization schedule in many countries. As a result of the studies of the Ministry of Health and KETEM in our country, we think that from next month it will be implemented free of charge on the basis of society.”

Noting that it would be possible to prevent cervical cancer by administering the vaccine at an early age, Prof. Dr. Bairou said: “The HPV vaccine has long been used in our country at the expense of the people themselves. If the vaccination rate in the world exceeds 50%, especially in countries where the vaccine is provided by the state free of charge, and every second woman is vaccinated, then in our country this figure is a maximum of about 4%. In other words, 4 out of every 100 women received this vaccine. Increasing vaccination rates prevent both cervical cancer and genital warts.

Claiming that with the advent and acceptance of the vaccine, people began to realize that cervical cancer could be prevented, Prof. Dr. Bayrou said: “Demand for vaccination has also started to rise. It will be possible to prevent and completely eradicate the disease at the community level, especially by administering the vaccine to girls and even boys as young as 9 years old,” he said.

Emphasizing that immunity and the rate of antibody formation are higher when the vaccine is produced at an early age, Prof. Dr. Bairou said: “Two doses are enough between 9 and 14 years of age, the first is done and the second creates sufficient immunity when administered between 6 and 12 months. When used after 15 years, 3 doses are required. To create adequate immunity, the second dose is administered no earlier than 2 months after the first dose, and the third dose is administered after 6 months and 1 year. When the first vaccine was released, it was thought to be effective between ages 9 and 26, but more recent studies have shown the vaccine to be effective up to age 45. For this reason, it can be used until the age of 45, but it is preferable to do it at an early age. Immunity at an early age is much stronger,” he said.