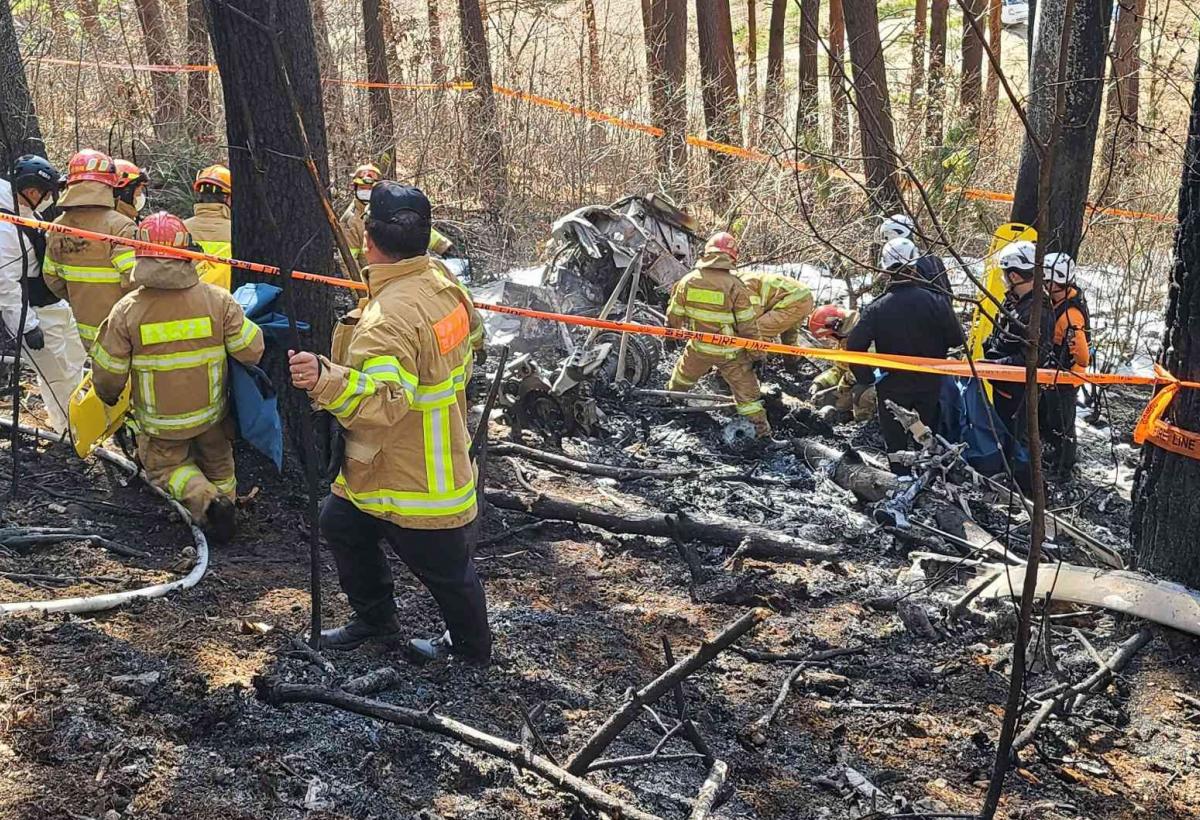 A large number of brigades of doctors and firefighters were sent to the place. After extinguishing the fire, the lifeless bodies of 5 people were found in the helicopter. It became known that the helicopter was rented by the local authorities of the counties of Sokcho, Koson and Yangyang to carry out activities to extinguish forest fires.