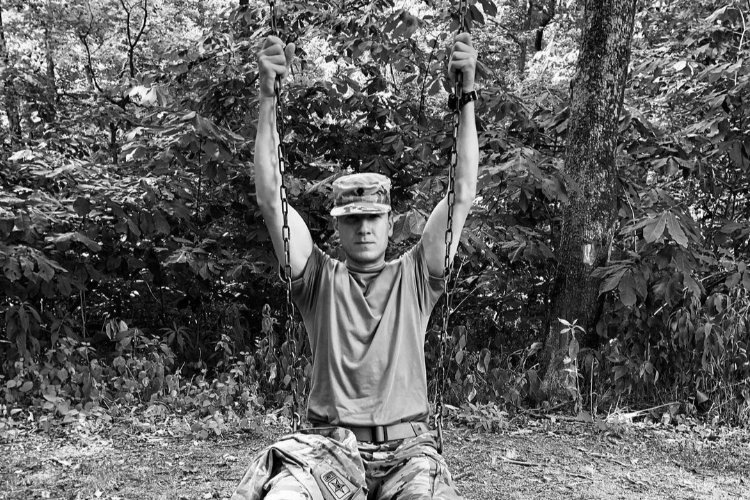 Ozlem Ozgut YOREKLI – abdpost.com / USA (IGFA) – Erman Oz first came to the US in 2016 on a Work&Travel program and returned to graduate in International Relations, which he studied in Turkey. He later returned in 2017 when he won the green card. Unable to get a job related to his own education, he, like many immigrants, worked in restaurants. However, Oz, now 27, said he wants to forge a path for himself in terms of his career.

In adolescence, it is possible to some extent to work in low-paying jobs. As immigrants in America are well aware, getting a regular and decent income as they grow older, having a decent job and status is what everyone aspires to. Following this logic, Oz chose military service, which gave him a lot of advantages.

Military service in America is a paid profession. But joining the army is not the choice of many people, because it is not at all an easy process. First of all, you must be a green card holder or a citizen. When you enlist in the US Army, you will be able to take advantage of many opportunities.

1) You will receive at least a 15 percent discount wherever you go shopping or to a restaurant.

2) You will face endless respect from people and merchants who will see you in military uniform. Because being a soldier, policeman and firefighter in the USA are very respected professions.

3) The army makes you a professional by training the unit assigned to it.

4) Whatever you want to study in a country where higher education is extremely expensive, the army covers all your expenses and also puts pocket money in your pocket. Moreover, another family member can use this right to education instead of you. You can even keep your prospective entitlement and make sure your child benefits from it as they grow up.

5) You can stay in army apartments or get help with rent.

6) You can take out a new mortgage each year as long as you stay in the military with a low interest rate and no down payment. This will make it easier for you to own a home.

7) You can get comprehensive health insurance covering teeth and eyes for a very small price.

8) Even if your green card process is new, you can quickly become a citizen.

9) You can travel to your country for free on US Army aircraft departing from a base in Turkey.

10) The first time you become a soldier, you will receive a bonus up to 50 thousand dollars.

11) If you are single and about to marry someone from Turkey, it will be much faster for you to get a green card for your fiancée and bring her to the US.

The Army is setting up application booths in places like malls for recruiting. You can apply and take the exam. Oz said that this exam has an average of 150 questions, just like the university exam in Turkey. It consists of sections such as mathematics, English, general culture. But you only need to score 31 points. After passing the exam, they undergo a full health check. For example, after these checks, Oz was given glasses and must wear them while he is in the military.

Then you should know that you will be going to a very difficult training camp. Oz said it’s a much more complex process than what you see in the movies. They went through a very difficult and demanding training, both physically and mentally. He even said that there were many people who gave up and left during the process. He graduated three months ago and officially became a soldier. He is a “specialist” soldier because he is a university graduate. He was immediately paid an incentive bonus of $50,000.

They taught how to use construction equipment such as cranes. This branch is subordinate to the engineering unit in the army.

You can work part-time or full-time in the US military. This is a contractual situation. Oz’s choice was in favor of a part-time job. He is called to work for a minimum of 2 days per month and a maximum of 10 days. He signed a contract for 6+2 years.

Salaries vary depending on your education, your position in the military, and whether you work part-time or full-time. Oz, a college graduate and just starting out in his career, earns a $1,500 salary. But the higher the rank, the higher the salary.

Ordu also found a job as a crane operator for Oz to work while he was away from the army. However, Oz did not agree because he did not meet the requirements he was looking for. He is already studying at the Faculty of Software with Army Capabilities. His goal is to develop himself in the field of software and make a career in this job with good pay.

In short, he uses military service as a stepping stone to all these opportunities, which is very logical. He also said that especially students prefer this path because free education is a very attractive opportunity.

Oz said that his family and relatives do not find this situation strange at all. He looks at this job entirely as a profession and considers it the right step to build his career. He said that Muslims were treated equally in the army, and he was treated well.

He recommends this profession to everyone who has a green card, following the intended program to build their lives.