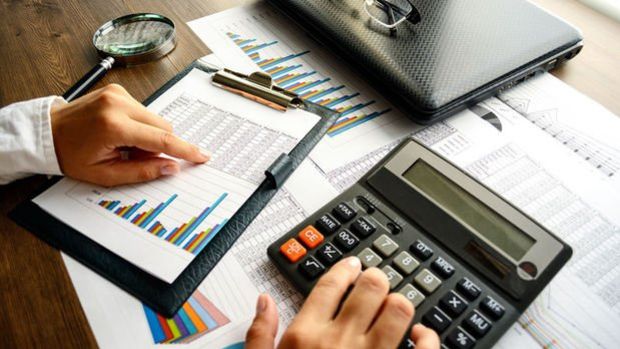 SAFAKNA TURKEY – The process of establishing a minimum wage, the result of which millions of employees are waiting for, has come to an end.

The net minimum wage to be applied in 2023 has increased by 54 percent to TL 8,500. President Recep Tayyip Erdogan said that an interim agreement could be reached in 2023 if necessary.

As a guest of Bloomberg HT, Disk President Dr. Arzu Çerkezoglu commented on the minimum wage set for 2023 as follows:

A minimum wage determined according to the official inflation rate is unacceptable. The loss of the minimum wage in terms of real inflation had to be determined. This figure is slightly above the hunger limit, that is, the cost of food for a family of four.

In Turkey, the minimum wage is determined for one worker, which is contrary to international standards. However, how many people live alone in Turkey. A minimum wage had to be set at which workers could live with their families. According to these criteria, we, as DISK, declared a minimum wage of 13,200. As DISK, we recommend adjusting inflation 4 times a year until inflation falls to single digits.”

İKMIB President Pelister: The tax base should also be increased in line with inflation

Adil Pelister, President of the Istanbul Chemicals and Products Exporters Association (İKMİB), used the following statements in his assessment of the minimum wage:

“The figure of TL 8,000 to TL 9,000 that workers and employers have been expecting for weeks and talked about behind the scenes of the economy has been determined to be TL 8,506. The cost by the employer was 11 thousand 750 Turkish liras. Here, of course, the technical details are not yet disclosed. Details have to wait. As employers, we believe that the tax base should increase in line with inflation. The tax burden began to increase significantly. We see that the corrections made in the last 2-3 years are not enough.” said”.

Istanbul Chamber of Commerce (ITO) President Şekib Avdagic issued a written statement on the minimum wage, which was announced at TL 8500 nett in 2023. In his statement, Avdagich stated the following:

“The new minimum wage will benefit all stakeholders in our business world. The fact that our employees are getting the wages they deserve will be a factor in stimulating production. Now that the minimum wage is in place, we can see our future for 2023 more clearly.”

TÜRK-İŞ: Workers do not agree with the decision

In a written statement made by TÜRK-İŞ, it was stated that the new minimum wage was determined by the majority of employers and government representatives, and the following expressions were used:

“Representatives of TÜRK-İŞ, speaking on behalf of workers in the Commission for determining the minimum wage, believe that in the current socio-economic conditions, the minimum wage set for 2023 does not correspond to the living conditions of employees and their families. The public’s expectations were not met. The point is that the minimum wage will lag behind the price increases that will occur over the period that it remains in effect. Thus, the purchasing power of employees is reduced. Measures must be implemented to protect the purchasing power of workers. In studies of the minimum wage, the working class primarily made efforts to ensure that “workers receive a decent income for themselves and their families.” However, this request was not taken into account. If our approach were taken into account by employers and government representatives, a minimum wage could be fixed unanimously with the approval of the working class.”

TİSK President Akkol: We will continue production in cooperation without slowing down

Speaking after President Erdogan at the meeting, TİSK Chairman Özgur Burak Akkol stated that they had left behind a long and difficult process and said:

“I think that polarization, division and conflict do not suit the family I just mentioned. There will be those who will find the wages announced today low, there will be those who will find it high, and there will be those who will find it balanced and reasonable. As we always say, the minimum wage is the base wage. It should be reasonable, our goal should be to raise the average wage all together. For this reason, we always encourage our businesses that have the ability to exceed the target figure to take additional steps that can be taken. From now on, our focus will be on fighting inflation, protecting and increasing purchasing power, and other work life issues such as taxes and job opportunities. I would like to take this opportunity to thank the workers, employers and government representatives who have contributed to the work of the Commission, especially our esteemed president and esteemed minister. We, as TİSK, will continue to produce without slowing down, for the development of our country and the well-being of our colleagues, as workers, employers and the public, with dialogue and cooperation as one heart. I wish you good luck with the established minimum wage.”

MUSIAD President Asmaly: The idea of ​​introducing a regional minimum wage should definitely be appreciated.

Mahmut Asmaly, chairman of the Association of Independent Industrialists and Businessmen (MUSIAD), used the following statements in his assessment of the minimum wage:

“The incentives and support that must be given to the employer is critical for our employers, who will bear the brunt of the pay increase. In addition, we reiterate that providing additional positive benefits for minimum wage workers within the industrial sector will be an important step in increasing our employment and production capacity for manufacturing, and the idea of ​​applying a regional minimum wage as an alternative to the current national minimum wage statement wages, which are not enough to reflect regional differences, should definitely be assessed.”

Aksan/Kutanoglu: In our country, the labor force was much cheaper, now it has reached the average level

Zafer Kutanoglu, Chairman of the Board of Directors of Aksan Kozmetik, commented on the minimum wage set for 2023 as follows:

If we were to ask how industrialists are affected by the increase in the minimum wage, we might say the following; The labor force in our country was much cheaper than on the world stage, but now it has reached the average level. We are a country that competes with the world. Therefore, the most important thing for an industrialist is energy and human resources. An increase in the minimum wage will certainly reflect on products and affect competition.

For us, we can say that approximately 30-35% of the total costs are labor costs, and since the increase in the minimum wage is 55%, the remaining 15-20% will be reflected in the cost of production. We will see a 15-20 percent increase on store shelves from January. Therefore, the increase given to the worker will return along with the increase in the price on the shelf. In this cycle, income and expenses increase together.”