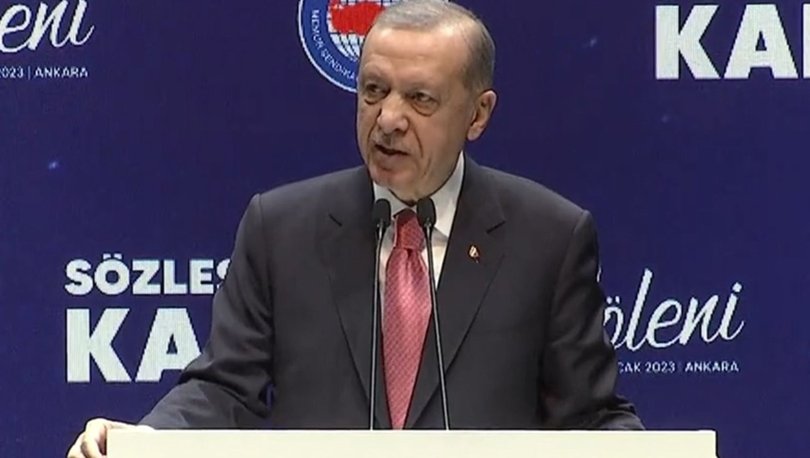 The highlights of President Erdogan’s speech are as follows:

We will see that the downward trend in inflation will continue. This year, we aim to completely de-foam inflation and remove it from our agenda next year.

– I would like to announce the good news that we will be applying a pay increase rate of 25 percent for civil servants, civil servants and all other pensioners.

– As a justification for the status of a spouse, it will not be required that the other spouse be a public servant. They will be able to carry over the unused leaves to the next year. They will also have the right to go on vacation.

“We recently responded to the staffing expectations of our approximately 500,000 contractors. We manufacture permanent solutions for our personnel under contract in a wide area.

I wish that this step, which has affected 500,000 of our brothers and their families, be beneficial. Having an understanding that sees service to society as serving the right, we serve our nation with this understanding.

“THE TRANSITION PROTECTS THE LAW OF THE WORKERS”

Unionism is not just about wage negotiations. Whether it be the public or private sector, it must protect the worker’s law. Trade unions are also at the forefront of the fight for rights and justice. The factor that determines the effectiveness and strength of trade unions is that they look in the same direction as society.

As Turkey, we have witnessed this bitter truth in our struggle for rights and freedoms and economic development for a century.

“MUNICIPALITIES AT THE DOOR RETURN TO THEIR DUTIES”

– We saw that they applauded the putschists as a gang of five under the name of unionism.

Together with the Memur-Sen community, we have overcome all attacks, from the April 27 announcement to the Gezi events and the July 15 betrayal.

– We saw how they were placed in front of the door, including the metropolitan municipalities. They will return to their duties with legal regulation.

– We have never oppressed our officials in the face of inflation.

-The last 20 years of Turkey went down in history as the years when employees were the strongest against inflation and were never crushed.

The 2023 elections will also be a turning point in our escape from the intrigues of the six tables of the Turkish political scene.