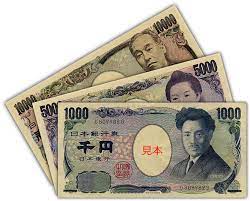 SHAFAQNA TURKEY – Inflation in Japan rose to 4 percent in December.

In the country with the world’s longest deflation, prices rose to their highest level in 41 years.

Consumer price growth in Japan jumped to a new threshold, hitting 4% year-on-year in December. Core inflation was 4%, in line with expectations.

Processed food prices, which recorded the fastest rise in prices since 1976, and gas prices, which rose more than 20 percent, contributed to annual inflation.

Inflation at the highest level since 1981 could support rumors that the Bank of Japan will abandon its soft policy. However, according to many economists, the current price increase is in line with the bank’s forecasts and will not be enough to change the bank’s policy.

“President Haruhiko Kuroda has a few months left before he leaves and I think the BOJ will continue with its current policy,” said Toru Suehiro, chief economist at Daiwa Securities. Speculation that the Bank of Japan, which jolted the markets by raising its yield ceiling in December, will tighten its yield target has mostly weighed on Japanese bond yields.