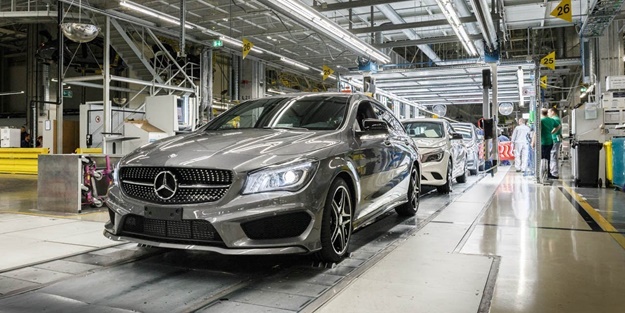 SAFAKNA TURKEY – Mercedes-Benz, one of the manufacturers quickly entering the electric car race after the “diesel scandal”, has started offering all electric vehicles in its range in Turkey.

At the EQ presentation held in Hatay, Mercedes-Benz Automotive’s Executive Board and Automobile Group Chairman Şükrü Bekdihan made important announcements about the brand’s future goals.

10% of sales will come from electric vehicles

Bekdihan stated that by the end of the year they plan to have 10 percent of their total sales coming from electric models.

The German giant will bring new EQE SUV and EQS SUV electric vehicles to Turkey in 2023.

In addition, current data shows that Mercedes-Benz accounts for about 25 percent of the entire electric vehicle market.

Continuing the statements of Şükrü Bekdihan, President of the Automobile Executive Board of Mercedes-Benz Automotive and the Automobile Group, noting that the new trends have become irreversible, said: “The biggest automotive trends in the world continue to evolve. They can be defined as electric vehicles and autonomous vehicles. This change has reached the point where it can no longer be stopped. shared his opinion.

Bekdihan, who expressed his opinion on Turkey’s domestic electric car Togg, “Togg came at the right time with the right strategy. There are no problems with achieving the goals set for the first year. The fact that Togg will expand the market for electric vehicles will benefit all brands.” said.

Turkey solution from the German giant

The executive board of Mercedes-Benz Automotive and the president of the automotive group, Şükrü Bekdihan, also said that they are going to move to a new sales strategy as a brand.

Şükrü Bekdihan added that they are working on explaining the new Mercedes-Benz sales method in Turkey in January.