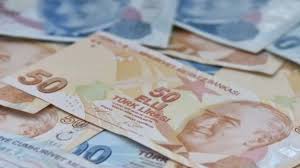 SHAFAQNA TURKEY. How much will the new minimum wage be, by what percentage will the increase be? Tomorrow starts the marathon of raising the minimum wage by 2023, which will directly affect the incomes of millions of people and indirectly all citizens. The Minimum Wage Commission will hold its first meeting tomorrow to determine the new wage. It became clear with what numbers the worker and the employer would sit down at the table. The upper limit is estimated at TL 8,500 with a 50 percent increase. Employers are also said to be warmly looking at the figure.

Starting tomorrow, the marathon of raising the minimum wage in 2023 will begin, on which the incomes of millions of citizens will depend. The new minimum wage, which directly affects almost 7 million workers and indirectly all citizens, will be determined by a joint agreement between the Ministry of Labor and Social Protection, representatives of workers and employers. In this context, the commission to determine the minimum wage will meet tomorrow, accompanied by Minister of Labor Vedat Bilgin, with the participation of TÜRK-İŞ President Ergün Atalay and TİSK President Özgür Burak Akkol. It is expected that the meeting will clarify the work schedule for the new wages.

WHAT IS THE MINIMUM COMMISSION?

While workers and employers begin to express their expectations regarding the minimum wage, 8-10 thousand liras come to the fore at the negotiating table. The business world wants growth that has a share of wealth above inflation. However, from what was said behind the scenes before the commission meeting, it became known that there were dialogues between the parties before the commission. While this event is thrilling millions more, giant companies are said to be readily approaching a 50 percent growth rate.

If the minimum wage, which is currently TL 5,500, is increased by 40 percent in line with inflationary expectations, it is expected to increase to TL 7,700 and the employer expects it to increase to TL 8,250 from an increase of 50 percent.

“WE ARE LOOKING FOR FEES THE BUSINESS CAN PAY”

Minister of Labor and Social Protection Vedat Bilgin, stating that the increase in the minimum wage will be a real and not an imaginary number, said: “Many numbers have been mentioned. We are looking for a fee that businesses can pay. It will be a real figure, not an imaginary one. There will be no figure who will close the door of the enterprise because of the salary of employees. Growth rates will be determined by surveys to be conducted among workers and employers.

COST FOR EMPLOYER IS APPROXIMATE TO 12 THOUSAND LIRA

With a 50% increase in the minimum wage, the cost to the employer will be approximately 4,000 Turkish liras. With 5% SSI premium support, the total cost per employee will be TL 11,750 after a 50% increase. Looking at the statements of employers, it is stated that this figure appears to be the upper limit of the minimum wage.