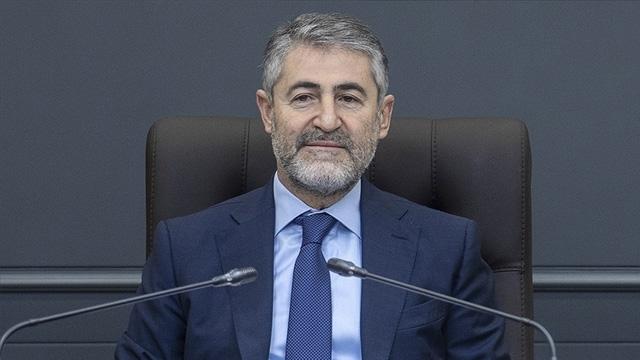 SAFAKNA TURKEY – Treasury and Finance Minister Nureddin Nebati in tax audits conducted in 2022; Noting that the number of taxpayers audited, the number of reports drawn up, the amounts of taxes and penalties proposed, and the number of filings of criminal cases for tax evasion had reached the highest level in a year in the history of the Republic, he said: offering taxes and penalties on in excess of TL 76 billion as a result of inspections, tax losses and tax evasion, and we prevented the damage,” he said.

The message of Minister of Finance and Treasury Nureddin Nebati on his social media account is as follows:

“Our Presidium of the Tax Inspectorate, which was established in 2011 with the approval of our President, continues its tax audits with more than a century of corporate experience in order to combat the informal economy, prevent tax evasion and the financing of terrorism.

In tax audits conducted in 2022; We broke records in the number of taxpayers audited, the number of reports issued, the proposed tax and penalties, the number of criminal complaints filed for tax evasion, reaching the highest level in a year in the history of the Republic.

During the audits conducted by the tax inspectors of our Ministry in 2022, we conducted a tax audit of 77,610 taxpayers and drew up 207,958 acts. We prevented loss, tax evasion and social harm by proposing taxes and penalties in excess of TL 76 billion during these audits.

As a result of our investigations, we prepared 24,466 tax crime reports against 23,780 taxpayers related to tax evasion, in particular, the issuance and use of forged documents, and filed a criminal complaint against the relevant persons with the prosecutor’s office.

On the 100th anniversary of our Republic, our vision of the Century of Turkey; We will support our taxpayers who contribute by producing, generating employment and exporting through the rules and incentives we put in place, and we will continue to support our sustainable economic development through the policies we implement.

By performing tax inspections and audit functions, we will continue to fight tax evasion and terrorist financing, protecting the rights of our state and our taxpayers, and preventing unfair competition due to losses and tax evasion.”