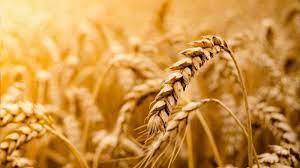 SHAFAQNA Minister of Infrastructure of Turkey and Ukraine Alexander Kubrakov announced that the agreement on Black Sea grain will be extended by 120 days.

The grain passage agreement, which is closely monitored in terms of food supplies, will be extended.

This was announced by the Minister of Infrastructure of Ukraine Oleksandr Kubrakov. Kubrakov, who made the announcement on his Twitter account, said the agreement would be extended by 120 days. Minister Kubrakov did not provide any details in his post.

Statements from the Russian side also emphasized that the agreement would be extended.

Noting that specialists are intensively working on this issue, Peskov said: “As you know, we are talking about agreements related to the agreement, mainly about lifting restrictions on the export of Russian products. There are constructive contacts with the UN”. he said.

Indicating that they are awaiting a settlement of the negotiations, including restrictions on Russian products, Peskov said: “There are positive developments regarding the extension of the grain agreement, but it is necessary to ensure the full implementation of previous agreements.” used the phrase.

An earlier Bloomberg report said Russia would allow the agreement to be extended.