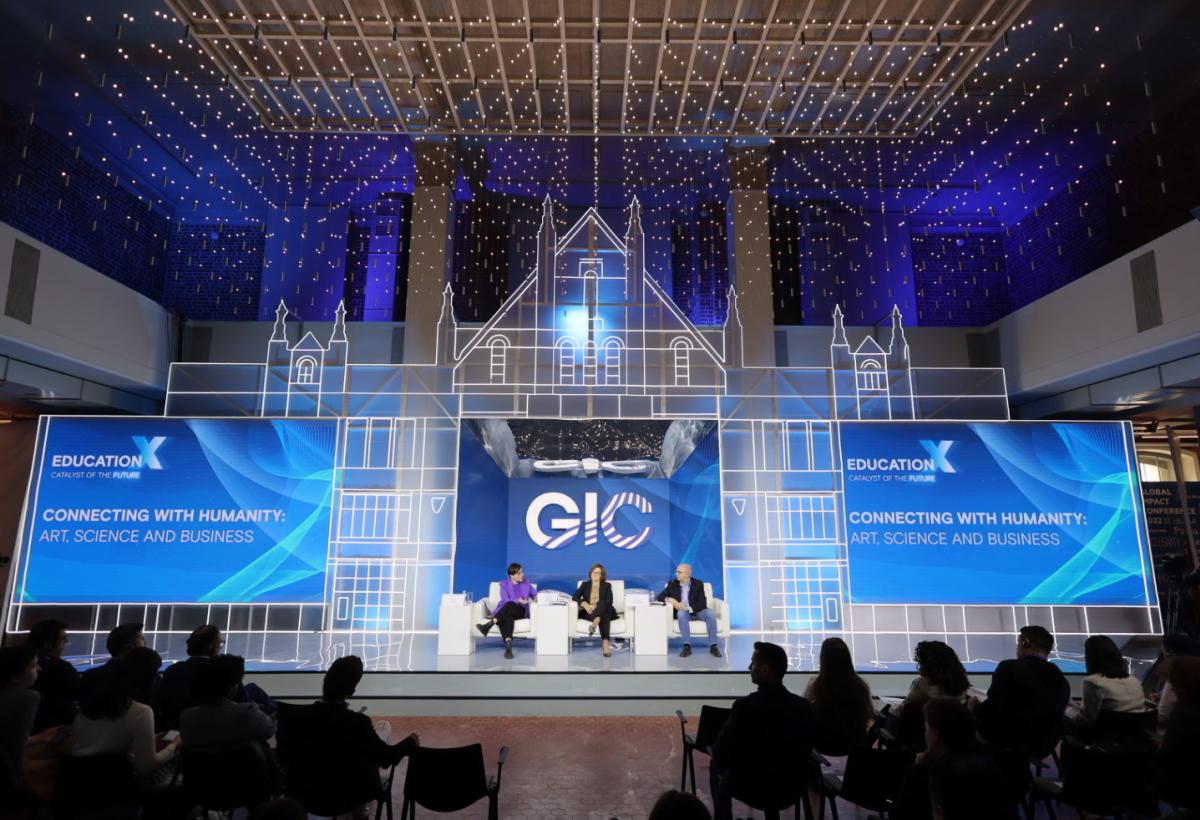 The Global Impact Conference (GIC 2022), timed to coincide with the anniversary of the founding of Rosatom, brought together more than 30 experts from 20 countries to discuss problems, challenges, trends and new opportunities in the field of education in the coming years. The conference was watched by more than 1 million people.

Opening the conference, Alexei Likhachev, General Director of Rosatom, said: “We are meeting at the Global Impact Conference for the third time and every time we raise the quality of our speeches, conclusions and decisions to a new level. The theme of this year’s event is Education X: Catalyst for the Future. “At GIC 2022, we are talking about education not only as a learning process, but also as the education of a person who receives knowledge in order to use it for the benefit of his people and country, expanding his horizons.”

After the opening speeches, the Global Impact 2022 Conference continued with the plenary session “Connecting with Humanity: Art, Science and Business”. The session was attended by Zelfira Tregulova, Director of the State Tretyakov Gallery, and Sergei Filonovich, Director of the HSE Institute of Business. The experts discussed how culture and art have changed in an era of change, how modern science has progressed, and how business has responded to the emergence of new imperatives.

As part of the Global Impact Conference 2022 Impact Team 2050 (Impact Team 2050), the Youth Advisory Council under the General Director of Rosatom State Corporation presented an analytical report to EğitimX and took part in the sessions as participants and moderators.

The preparation of the EducationX report required Impact Team 2050 to conduct extensive research, including opinion polls, among the youth of team members in their home countries. In fact, the survey found that the best way to reach young people is through digital platforms. The survey showed that 54 percent of the younger generation get their news through social networks, 15 percent read youth media, and only 8 percent prefer traditional media. 81 percent of respondents said they believe social media allows the voices of their generation to be heard. According to the survey, more than 63 percent of young people believe that social networks also allow them to effectively solve environmental and social problems.

MORE THAN 400 APPLICATIONS FROM 19 COUNTRIES

As part of the Global Impact 2022 conference, the award ceremony for the winners of the International Student Competition “Innovations in Education”, organized by the Institutional Academy of Rosatom together with the School of Economics of the National Research University, was also held. This competition is a federal competition in which you can participate individually or in teams of 2 to 6 people to present projects in the field of education and technology. This year, the winners of the “Innovations in Education” competition were determined based on the results of presentations at the conference in real time by ten finalists, pre-selected by an international expert jury. More than 400 applications from 19 countries, including Russia, Belarus, Kazakhstan, Armenia, Georgia, Germany, France, Israel, Indonesia, Malaysia and other countries, were submitted for the 2022 contest. This year, Vladislav Tereshchenko and Valery Leventsov became the winners with the project “Lean Production – Digital Simulator for Inexpensive Education in the Leningrad Region”.