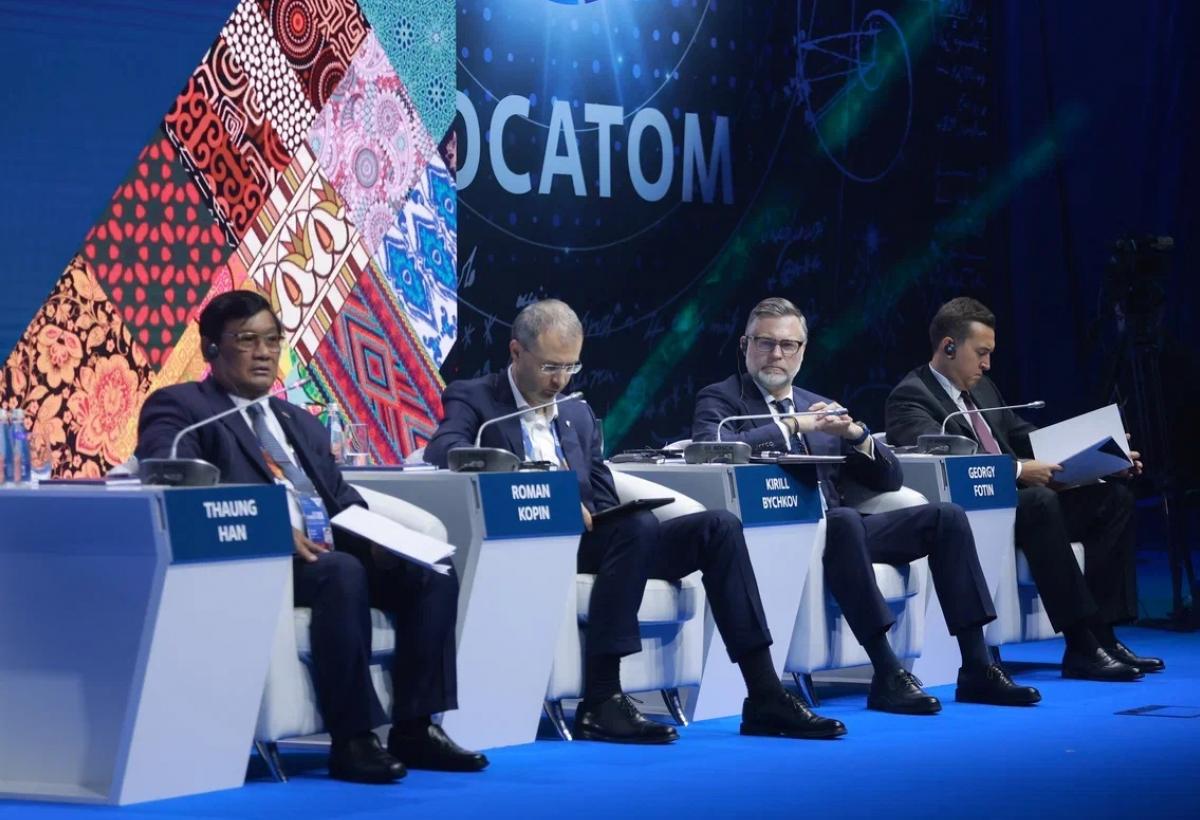 Over 3,000 people attended the 12th Atomexpo 2022 International Forum in Sochi, Russia. In addition to Russia, the forum was attended by more than 3,000 experts and guests, including representatives of the business world, government agencies and international organizations from 65 countries. Akkuyu Nuclear Inc. took an active part in the business program and the fair.

The forum was held under the motto “Nuclear Spring: Creating a Sustainable Future”. The main topic of the plenary session of the first day was the prospects for the development of the world nuclear energy.

The session considered the possibilities and scenarios for the development of nuclear energy in the context of the current global crisis associated with a multiple increase in the cost of hydrocarbon fuel, supply instability, disruption of logistics and technological chains, and in this context, the Plenary session participants noted that peaceful nuclear energy can play a key role in overcoming the current problems facing countries and that it can become an influential force in the development of their economies for decades to come.

“70 countries are actively declaring their position in nuclear energy. According to the IAEA statute, by 2050, taking into account low power, at least 600 GW nuclear power plants, that is, at least a thousand construction sites, should be built. Tens of millions of people will be involved, and then millions of people will use this energy. We are on the verge of some qualitative changes.”

“Today, about a third of the electricity generated in Turkey comes from coal, and in order to decarbonize Turkey’s electricity system, we need to replace coal-fired power plants with cleaner baseload energy sources at some stage. The obvious solution in this case is nuclear energy. According to our initial estimates, to achieve the goal of a carbon-neutral economy by mid-century, we need to build an additional 12 to 16 nuclear power units at Akkuyu, for a total of 16 to 20 nuclear power units.”

Akkuyu Nuclear Inc. Director General Anastasia Zoteeva received Turkish journalists at the Atomexpo exhibition and answered their questions about the progress of the construction project for the first nuclear power plant in Turkey. “Now we are building four units at the same time, the Akkuyu NPP is the largest construction site on the planet. Work on the second unit is ahead of schedule, for example, we installed the reactor vessel two months ahead of schedule. The construction of the first power unit is proceeding according to the schedule. We have a very tight schedule this year; We need to close the reactor chamber, assemble the dome, start flushing the open reactor with water, which is the most important technological process where we check whether the entire system is working in perfect order. We have completed the construction of an assembly shop and a nuclear fuel storage facility. Pumping stations are rapidly being built to be used to run the turbine. We are confident and look forward to the coming year, when fresh nuclear fuel will be delivered to the Akkuyu NPP construction site, and Turkey will be one step closer to becoming a full member of the world’s “nuclear club”.