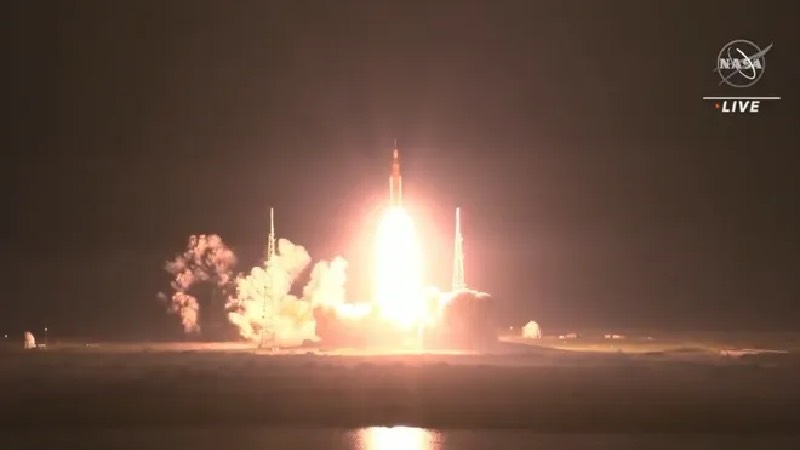 The National Aeronautics and Space Administration (NASA) launched a rocket to the Moon as part of the Artemis mission. The SLS Orion spacecraft, consisting of a capsule and rocket combination, was launched.

If the Artemis I flight, in which NASA’s Deep Space Exploration Systems will perform the first integrated flight test, is successful, NASA astronauts will be able to circumnavigate the Moon in 2024 and land on the Moon in 2025.

The new rocket will be NASA’s second attempt to send it to the moon, after the Apollo 17 rocket in 1972.

Artemis is the name of the moon goddess in Greek mythology

In the post shared on NASA’s social media account, “We are leaving. NASA’s SLS rocket and NASA’s Orion are flying together for the first time. Artemis opens a new page in human exploration of the Moon.” and rocket launch moments were reflected on the screen.

It was announced that the flight of the SLS-Orion spacecraft, which is planned to start its journey to the moon on August 29, consisting of a capsule and rocket combination, was canceled and postponed due to a leak in the rocket’s engine.

Shortly after it was announced that the test of the new flight would take place on September 2, it was reported that the launch of the spacecraft was postponed to September 3. Final preparations for the launch, which was delayed for the third time due to Hurricane Nicole, have reportedly been completed.