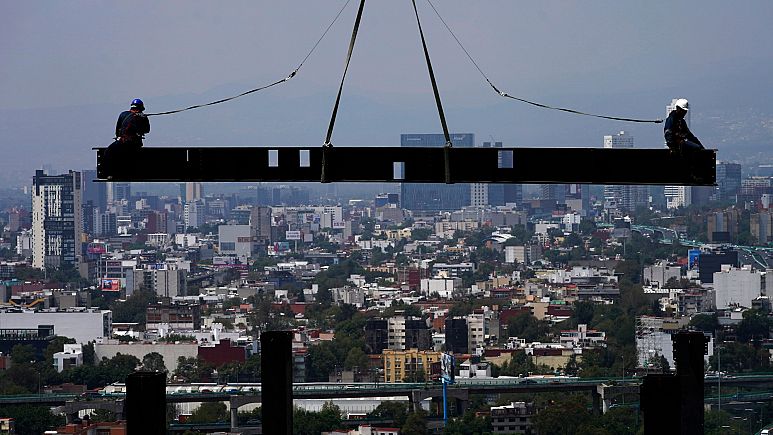 SHAFAQNA TURKEY – The Organization for Economic Co-operation and Development (OECD) has announced that inflation in Turkey will exceed 40 percent in 2023.

The Turkish economy, which is expected to grow by 5.3 percent in 2022, will grow by 3 percent in 2023, according to an OECD report. Due to weakening external demand, Turkey’s export growth will also slow next year.

The global economy, which grew by 5.9% in 2021, will grow by 3.1% this year. According to OECD forecasts, this indicator will decrease even more in 2023, and the global economic growth rate will be 2.2 percent.

On November 22, the OECD released its second Economic Outlook report for 2022.

The report makes a forecast about the future of the global economy. The report also includes estimates from Turkey, an OECD member. Accordingly, the Turkish economy, which is expected to grow by 5.3 percent in 2022, will grow by about 3 percent in 2023.

As external demand declines, export growth will also slow down. The unemployment rate will not exceed 10 percent and will remain.

According to the OECD, Turkey will need large foreign capital and the economy is vulnerable to shocks due to low reserves.

The OECD recommended the Central Bank of the Republic of Turkey to raise interest rates.

According to the report, consumer inflation in 2022 will be 73.2 percent. The OECD estimate for June was 72 percent.

On the other hand, the OECD raised inflation expectations for 2023. The OECD, which predicted 39 percent inflation for 2023 in its report in June, has revised it up to 44.6 percent. The expected inflation rate in 2024 is 42 percent.

The poor spend 70 percent of their income on food and shelter.

According to the OECD, the Turkish government is taking steps to make rising energy and food prices less impact on the poor.

Those in the bottom 10 percent of incomes in the country must spend 70 percent of their income on food and housing. The number of recipients of energy assistance has reached 4 million people.

Turkey imports 99 percent of its natural gas needs and 93 percent of its oil needs. For this reason, the OECD reminded that the economy remains open to problems with energy supplies and price fluctuations.

Growth in the eurozone will be 0.5 percent

Europe is one of the regions where the impact of the Russian invasion of Ukraine is being felt the most. The economic growth of the 19 eurozone countries in 2023 will be limited to 0.5 percent. This figure will increase to 1.4 percent in 2024.