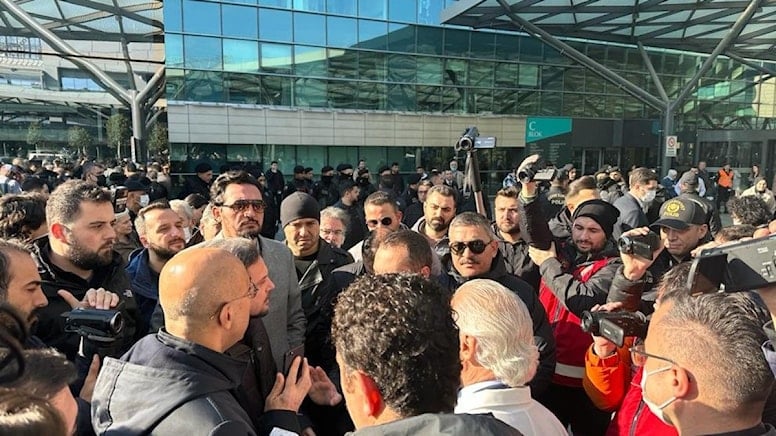 SAFAKNA TURKEY – With a change in regulation published by the Ministry of Health on October 6, significant restrictions were placed on the right to self-employment of all doctors.

The Istanbul Medical Chamber took action, stating that in accordance with this regulation, a significant part of the clinics will be closed from January 07, 2023 without reopening.

The Istanbul Medical Chamber wanted to make a statement by walking in front of the Medipol Mega Hospital in Istanbul. But the police gave no explanation.

While Medipol hospital doctors were waiting in the hospital garden, the leaders of the Istanbul Medical Chamber were stopped by the police on their way to make a statement.

IT IS NOT POSSIBLE TO UNDERSTAND THIS BLOCK

Nergis Erdogan, President of the Istanbul Medical Chamber, said in a statement in front of Medipol Hospital:

*Here are all the people who have devoted decades to this profession. These are people who have served thousands of patients. Of course, it is impossible to prevent or understand such problems. We won’t understand. We’ll talk more about our troubles.

* We were stopped hundreds of meters from the place where we were going to make a statement. It was only as a result of long negotiations that the GBT was made, etc. Two people were allowed to pass. This shows the seriousness of the situation.

* I do not see such an attitude towards all our veteran friends. We are still a careful people, people who practice medicine correctly.”

prof. Dr. Pinar Saip was among those who were stopped by the police on the way.

Saip said in a statement:

*The right to self-employment is one of the most important rights. On October 6, a decree was passed banning doctors from exercising these rights.

* A law that ensures that all doctors will be sentenced to international capital and network hospitals.

* As physicians from all walks of life, we want this to be reversed as soon as possible. Minister of Health Fahrettin Koca also owns a large network of hospitals. There is a law that he wants right now. 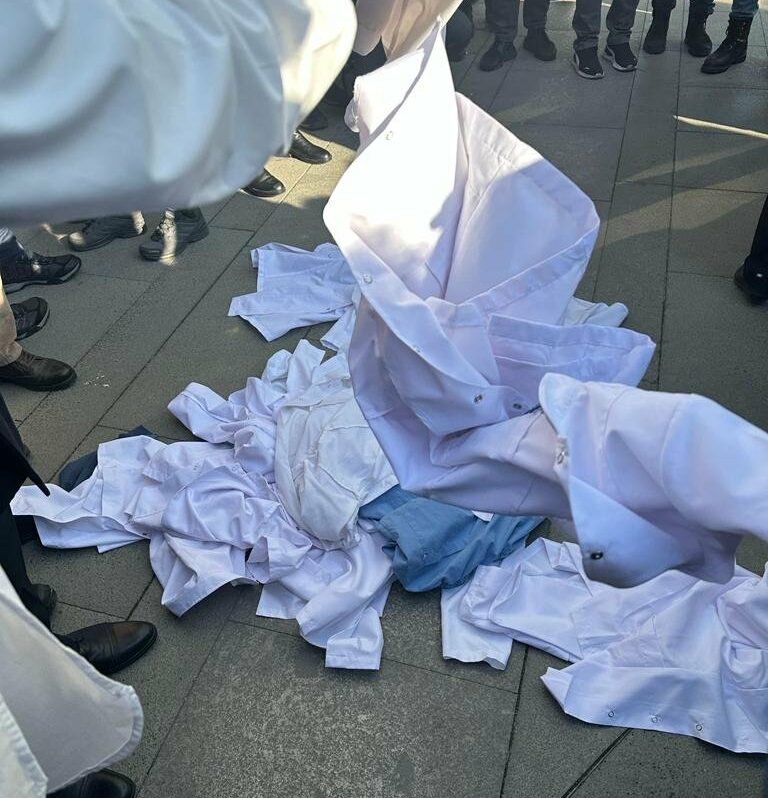 OUR CARS DISCOVERED BY THE POLICE

* We also gathered in front of the Medipol Hospital under the leadership of the Istanbul Medical Chamber to protest against this law.

*But our cars were intercepted by the police. We are not even allowed to make this statement, even to exercise our legal rights. We strongly condemn this. It was a simple indicator showing where our country came from.

* A decree is issued about us, and they prevent us from saying our word against this decree. Now we are not even allowed to walk. This is deplorable from the point of view of the situation in which our country finds itself.

POSSIBLE CONSEQUENCES OF THE REGULATION

The Medical Chamber listed the possible consequences of the ruling as follows:

“Patients are denied the right to choose the doctor and treatment facility they want and be treated there.

– A skilled workforce carefully trained by the Republic of Turkey has been put out of action.

– With such regulation, health tourism will suffer.

– Skilled labor migration in the healthcare sector will increase even more.

– Small and medium-sized private hospitals, which are prohibited from working with freelance doctors, will not be able to provide for themselves, and private medical services will be monopolized by network hospitals.

“This ruling not only prevents the diagnosis and treatment of 7,000 medical practitioners, but also causes a chain reaction that will negatively affect the working conditions and personal rights of doctors working in many private hospitals and surgical centers in the early period, as well as all 185,000 doctors, including those who work in the public sector, and even doctoral candidates will be called in the long run.