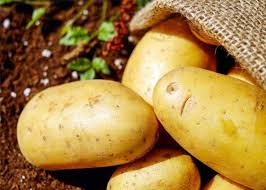 SHAFAQNA TURKEY-Scientists suggest potatoes may help you lose weight without increasing your risk of diabetes. According to American researchers, those who eat properly cooked potatoes feel full faster and therefore avoid eating more high-calorie foods after eating. In a human study, those on a potato-based diet lost more weight than those on a bean-based diet.

A new study suggests that eating potatoes may help you lose weight, contrary to popular belief. One study found that potatoes are actually rich in important nutrients and can be part of a healthy diet.

While those looking to lose weight have been advised to avoid high-carbohydrate foods and starchy staples as they are associated with an increased risk of type 2 diabetes, new evidence suggests they do not actually increase that risk. It has been found that people tend to feel full after eating a certain amount of food, regardless of its calorie content.

According to American researchers, those who add carbohydrate-rich foods and potatoes to their plate will feel full faster and therefore will not try to fill the stomach with more high-calorie foods.

The researchers also stressed the importance of how the potatoes are cooked and prepared, and that chips or fried potatoes should be avoided as they reduce the nutritional value of the french fries.

Those who ate potatoes lost an average of 5.8 kg, while those who ate beans lost 4 kg. In addition, there was an improvement in insulin resistance in both groups. Professor Candida Rebello, co-author of the study at the Pennington Center for Biomedical Research in Baton Rouge, Louisiana, said: “Contrary to popular belief, we have shown that potatoes do not adversely affect blood sugar levels.” made a statement.

Study principal investigator Dr. John Kirwan added: “Obesity is an incredibly complex disease that we are tackling on three different fronts. This new data on the effect of potatoes on our metabolism has made an exciting contribution to the solution of the problem that we must do.”