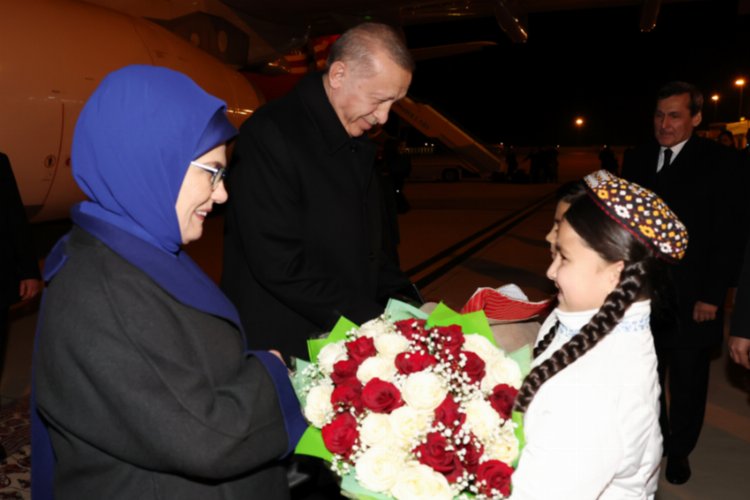 ANKARA (IGFA) – President Erdogan, who was welcomed at the Turkmenbashi International Airport by the Minister of Foreign Affairs of Turkmenistan Rashid Meredov, Foreign Minister Mevlut Cavusoglu, Minister of Energy and Natural Resources Fatih Donmez, Minister of Transport and Infrastructure Adil Karaismailoglu, Turkish Ambassador to Ashgabat Togan Oral and other interested parties, said that the summit will be held on the Caspian Sea, the “tourist base” on the coast has moved to the Avaza region.

As part of the summit, President Erdogan will hold bilateral meetings with his Turkmen and Azerbaijani counterparts, as well as meetings between delegations.

On the occasion of the summit, various agreements will also be signed to discuss the steps to be taken to further deepen cooperation between the three friendly and brotherly countries, especially in the areas of trade, energy and transport.