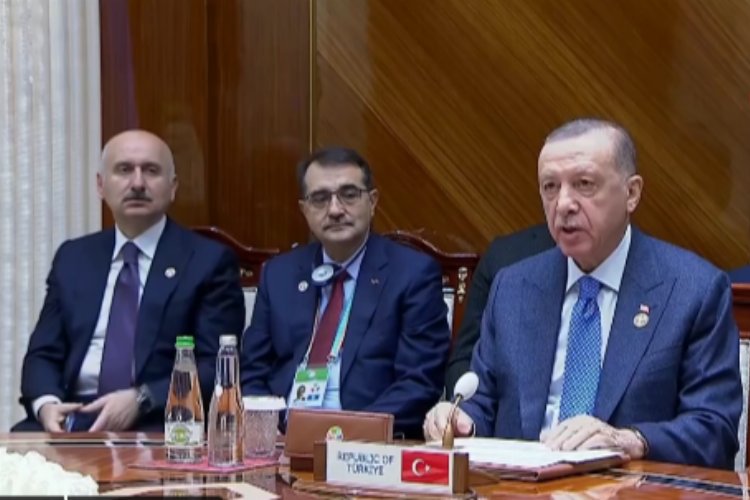 ANKARA (IGFA) – President Recep Tayyip Erdogan held meetings with his Turkmen and Azerbaijani counterparts in narrow format and between delegations at the First Summit of Presidents of Turkey-Azerbaijan-Turkmenistan.

Following the bilateral meetings, President Erdogan met with President of Azerbaijan Ilham Aliyev and President of Turkmenistan Serdar Berdimuhamedov at the leaders’ meeting.

Speaking at the summit of the presidents of Turkey, Azerbaijan and Turkmenistan, President Erdogan said that the completion of the process of full membership of Turkmenistan, which joined the Organization of Turkic States as an observer member, will give us great strength.

Summit of heads of state Turkey-Azerbaijan-Turkmenistan

Saying: “We need to start working on transporting Turkmen natural gas to Western markets,” said President Erdogan, “we are ready to work on the transmission of electricity from Turkmenistan and Azerbaijan to our country.”

In his speech, Erdogan noted that they saw that the road to peace could be opened if diplomacy was given the opportunity with the grain deal and the exchange of prisoners between Russia and Ukraine.