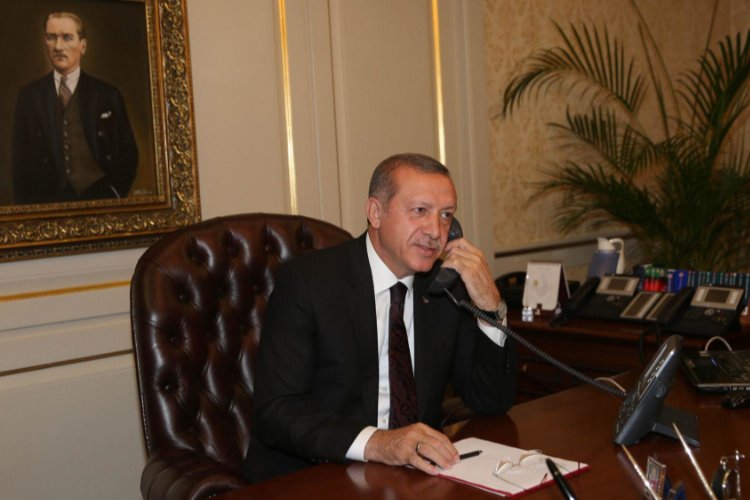 ANKARA (IGFA) – During the meeting, President Erdogan congratulated Enver Ibrahim on the election victory of his coalition and his appointment as Prime Minister, and expressed confidence that close cooperation between Turkey and Malaysia will be strengthened on the basis of mutual trust in the new period.

Malaysian Prime Minister Enver Ibrahim, on the other hand, acted out his speech with President Erdogan, who called him to congratulate him while addressing the public.

Congratulating Enver Ibrahim on the election victory of the coalition under his leadership and the appointment as Prime Minister, President Erdogan said the following in his speech:

“I hope that your efforts to compile the cabinet list will be successful and your government will take office as soon as possible. During your predecessor’s visit to Turkey in July, we raised the exceptional relationship between our countries on both sides of the Islamic geography to the level of a “Comprehensive Strategic Partnership”. Our excellent relationship culminated in the visit of King Sultan Abdullah in August. I am sure that our close cooperation will be further strengthened under your government on the basis of mutual trust and interests of our peoples. We have great potential for cooperation in the areas of defense industry, local currency trading, finance, education and counterterrorism. I see my friend and sister Malaysia as an important partner in the geography of the Union of Southeast Asian Nations. In this context, it is in our common interest to continue our cooperation and solidarity on international platforms.”

“I LOOK FOR THE BENEFITS OF YOUR GREAT EXPERIENCE”

Enver Ibrahim, after thanking President Erdogan, said: “You inspire and supported us like a good brother in difficult times. I look forward to the further development of our bilateral economic, trade and cultural relations between Malaysia and Turkey.” said.

Noting that Malaysian King Sultan Abdullah Riyatuddin al-Mustafa Billah Shah expressed his satisfaction with the hospitality of Erdogan and his wife Emine Erdogan during his visit to Turkey, Ibrahim said: “He also said that it needs improvement. I personally look forward to benefiting from your vast experience, especially in the fight against terrorism, which remains a threat both internationally and domestically.” he said.

Recalling the support that President Erdogan gave him during his hospitalization in 2018, Ibrahim said: “Mr. President, let’s go even further, we have signed agreements and memorandums. I think the time has come to further develop this cooperation and for our countries to benefit even more from this support and commitment.” said.

Ibrahim expressed his joy that President Erdogan congratulated him.

At the end of the meeting, Ibrahim spoke about a telephone conversation with President Erdogan and thanked those present for their support.