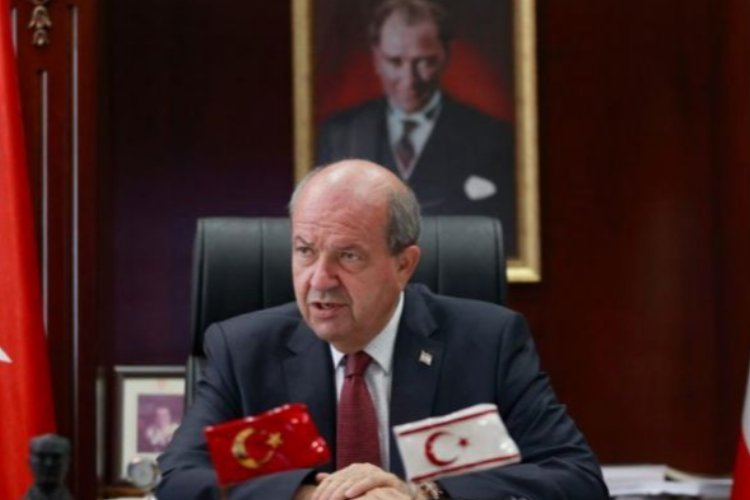 In a statement, President Tatar said that the fact that Greek ministers and deputies, following the Greek priests, are now conducting target shooting serves nothing more than to increase tension in the Eastern Mediterranean, as a new provocation, and said: “The Greek Defense Administration Minister Charalambos Petridis and his Deputies, Hellenic National Guard Army.” “The footage of them wearing military helmets and shooting exercises during a visit to the Turkish army headquarters shows that the spirit of EOKA and the dream of connecting the island with Greece still prevails in the Greek part of Cyprus,” he said.

It is significant that the shooting took place immediately after the US lifted the arms embargo on South Cyprus, and that they continued to express our reaction that said decision would have a negative impact on all areas, said TRNC President Ersin Tatar in his written statement: We repeatedly warn that their work is also provocative, does not serve peace and will cause tension in the Eastern Mediterranean. While we continue our resolute and resolute struggle for the TRNC to take its rightful place in the world as a Turkish state in the Eastern Mediterranean, we will continue to defend and proclaim the just and holy cause and glorious struggle of the Turkish Cypriot people. around the world with the full support of the Motherland of Turkey. You should know that we will not allow any mentality trying to destroy the Turkish Cypriots and any insidious game.